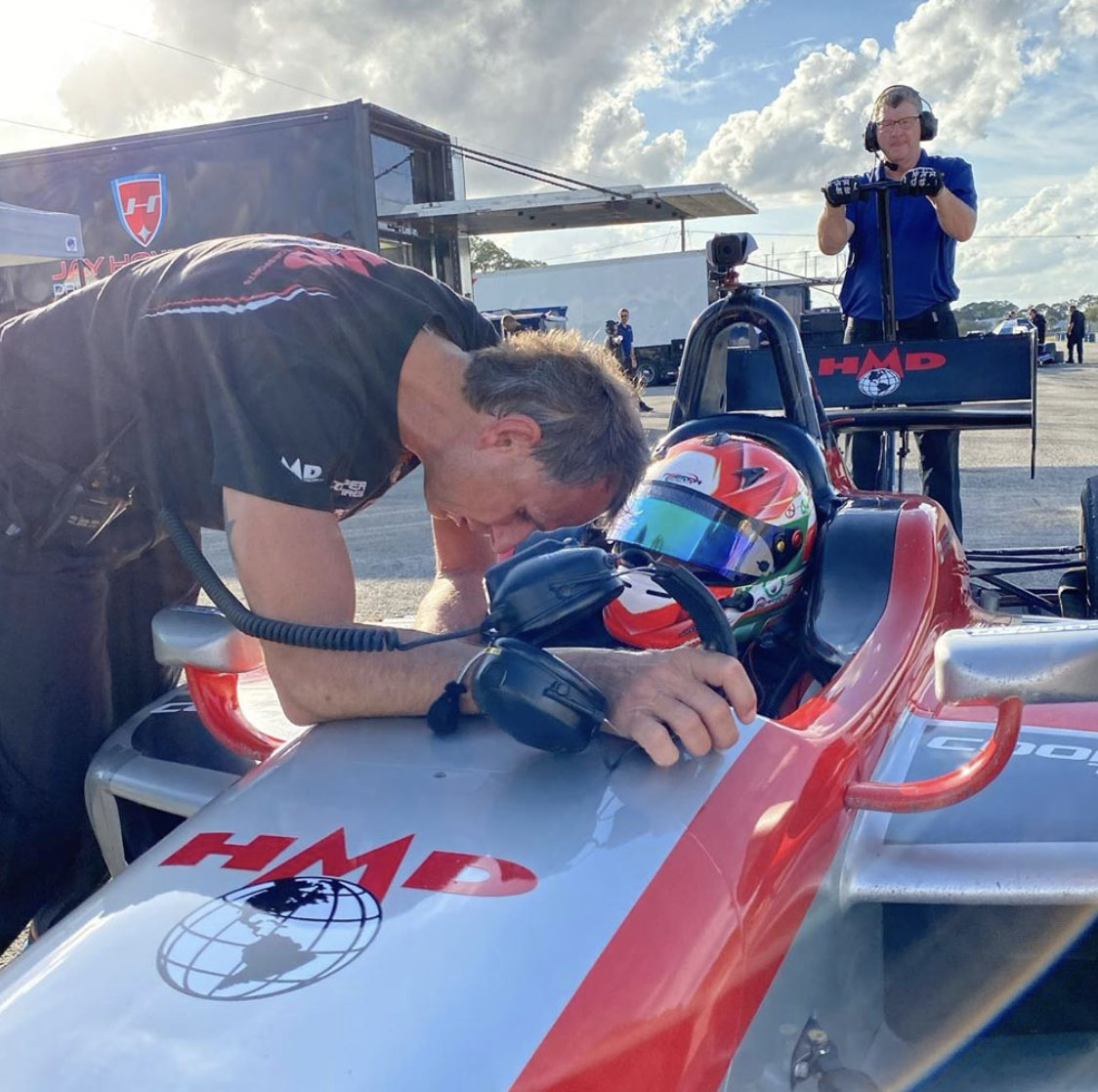 With the start of the 2020 Indy Lights Presented by Cooper Tires Championship season quickly approaching, HMD Motorsports has added a third driver to their growing lineup. 17-year-old Canadian standout Antonio Serravalle, one of Canada’s top prospects for a bright career in the NTT IndyCar Series, will be moving up the Road to Indy ladder system and will pilot the Ferrari & Associates / Tycoon Capital #11 HMD Motorsports entry.

With plans to compete in five weekends, Serravalle will be joining HMD Motorsports at upcoming tests at Barber Motorsports Park and the series sanctioned Spring Training test at the Homestead-Miami Speedway. Kicking the season off at the Grand Prix of St. Petersburg, the Canadian is slated to compete in the top rung of the Road to Indy Presented by Cooper Tires ladder until his home event in Toronto and hopes to complete the full season pending current partnership negotiations.

“I’m excited to be moving up to Indy Lights,” said Serravalle. “I was able to test with HMD Motorsports in December, and it was a great experience! The team was extremely helpful getting me settled into the car and up to speed, and we were ultimately able to run towards the front of the field during the test. They are an experienced and professional team with nearly every team member having IndyCar experience, and I am grateful and excited to be working with them this season.”

Serravalle competed in the Indy Pro 2000 Presented by Cooper Tires Championship for the past two seasons as a privateer effort alongside his father who acted as engineer where he earned a best finish of fourth. Gaining knowledge along the way and learning the Road to Indy program, Serravalle made the jump from karts to Indy Pro 2000 just two short seasons ago. Not having the opportunity to compete with a high caliber team or a consistent engineer and mechanic program week in and week out, Serravalle has managed to run fairly successful seasons while continuing to gain valuable on-track experience.

“Antonio will be a great addition to the team in 2020,” said HMD Team Owner, Henry Malukas. “After a hectic season last year, we were still able to be a frontrunning team and we expect nothing less this season. We are much more prepared and have put the proper people in the right positions. Antonio tested very well with the team in Sebring a few months back and working alongside a pair of returning Indy Lights drivers I imagine he will only continue to improve throughout the season. The goal is to get the first few events out of the way and assist him in finding the necessary pieces to the puzzle to be a long-term addition.”

Linked to Acura, Serravalle has received praise from the upper management of Honda Canada.

“Antonio’s experience is years ahead of his actual age,” stated a Honda Canada Manager. “He is destined for greatness and will be great to follow through Indy Lights and onwards into IndyCar.”

Serravalle will be joining HMD Motorsports alongside returning Indy Lights drivers David Malukas and Santiago Urrutia. Before the start of the season, HMD Motorsports will be heading to Barber Motorsports Park for a private test early next week followed by Spring Training at Homestead-Miami Speedway the following week.