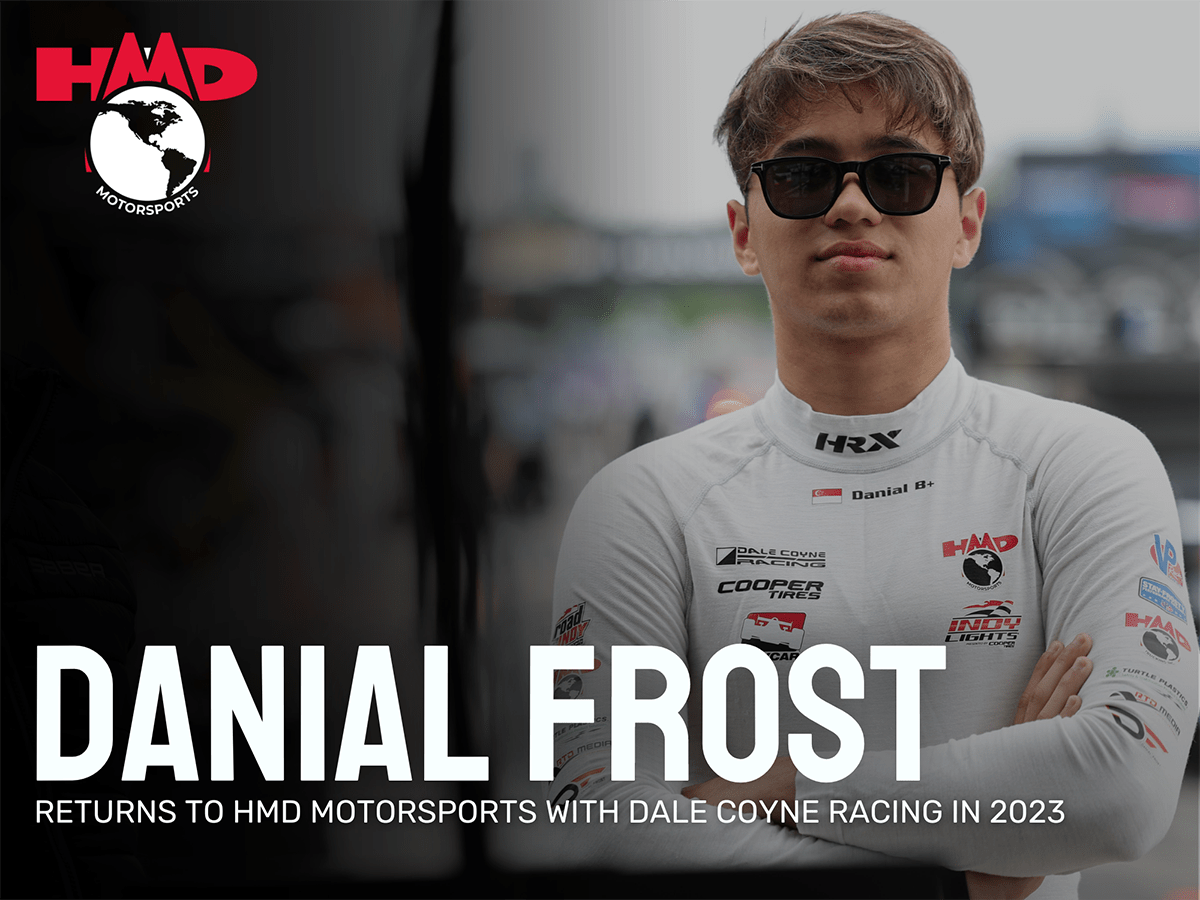 “I am excited to be back with HMD Motorsports and continue with the same program as I had in 2022,” explained Frost. “I have the opportunity for one of the first times in my career to work with the same engineer in back-to-back seasons which I feel will reap benefits. The goal is simple for us as a team in 2023, and I can’t wait to get started!”

Leading up to his Indy Lights campaign, Danial completed the lower levels of the Road to Indy ladder with a partial season in the Cooper Tires USF2000 Championship in 2018 and two full seasons in Indy Pro 2000 Presented by Cooper Tires in 2019 and 2020. Prior to moving up to Indy Lights, Danial finished third in the 2020 Indy Pro 2000 Championship as he ran a dual season that also saw him in the FR Americas Championship Powered by Honda. Since joining Indy Lights in 2021, Danial has earned one win, four additional podium results as well as three pole positions.

In his second season with HMD Motorsports, Danial Frost will return to competition with his same engineer, Mike Reggio, from the 2022 season as they continue to fight for wins and podiums. Having already developed a strong working relationship, Danial will be able to hit the ground running throughout off-season testing and into the 2023 season.

“It is great to have Danial back for a second season, and hopefully a championship-winning season,” explained HMD Motorsports General Manager Mike Maurini. “Danial returns to the team as one of the veteran drivers and a leader, so we are expecting big things from him. I know his goal is the NTT INDYCAR Series, and we hope that we can help him get there.”

Danial Frost will rejoin HMD Motorsports with Dale Coyne Racing on October 21st for the annual Chris Griffis Test at the Indianapolis Motor Speedway before traveling south to the picturesque Barber Motorsports Park for the second off-season test on October 24th.