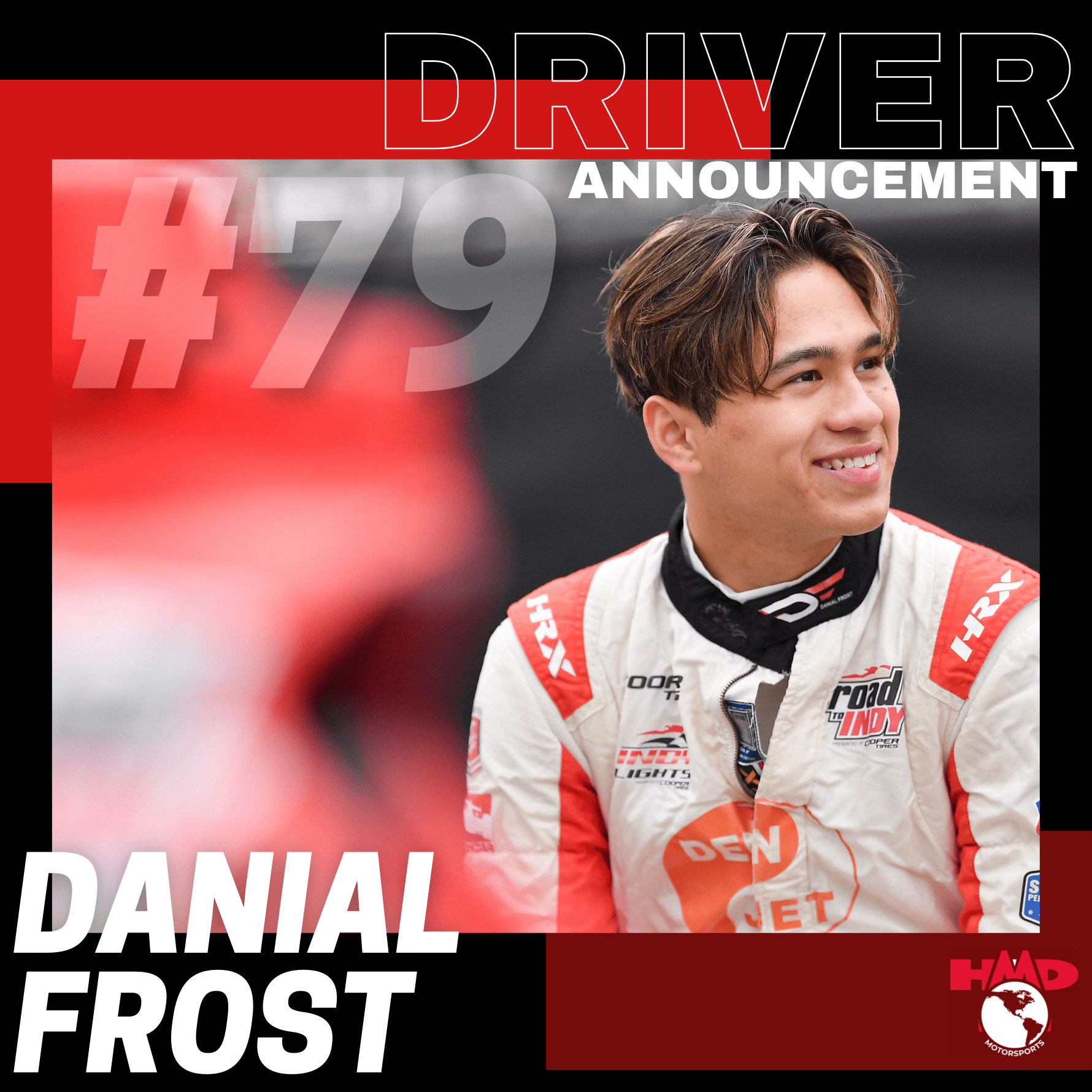 Since the conclusion of the 2021 championship, Frost has joined the team at four test days, including the annual Chris Griffis Memorial Test at Indianapolis Motor Speedway and two private team test days at Sebring International Raceway and Barber Motorsports Park. Quickly acclimatizing himself to the team, Frost and HMD Motorsports are set to be a potent pairing in what looks to be the most competitive Indy Lights field in recent history.

“The HMD Motorsports crew welcomed me with open arms, and it has been a pleasure to work with their entire team during testing,” explained Danial Frost. “My Engineer Mike Reggio and I seem to be a perfect mix as his knowledge and skill set are exactly what I need to advance my racing program. The car is a little different than what I have been used to in the past, but I am coming to grips with it and had a great test at Barber Motorsports Park earlier this week.”

Joining the Road to Indy in 2018, Frost has worked his way up the successful ladder program and has claimed three wins and sixteen podiums in his climb up the ladder. In his rookie Indy Lights season, Frost finished fifth in the championship with four podiums and three pole positions. In a strong showing of consistency, Frost has finished all but two races in his past two Road to Indy seasons. Now ready for his sophomore season in Indy Lights, Frost is preparing to battle for wins and podiums as he fights for the championship in the upcoming season.

“Danial is a talented driver and will be a threat in 2022,” added HMD General Manager Mike Maurini. “He is the first driver that we are able to confirm for next season and with his plans set, he can focus on getting every tenth of a second out of the car and himself. We look forward to working with Danial as we head into a new season of racing.”

Coming off a Team Championship title in their first season in Indy Lights, HMD Motorsports is preparing for another successful year in 2022. While Frost is the first confirmed driver in the team’s lineup, HMD Motorsports has been hard at work finalizing the team roster and will be making additional announcements in the coming weeks.