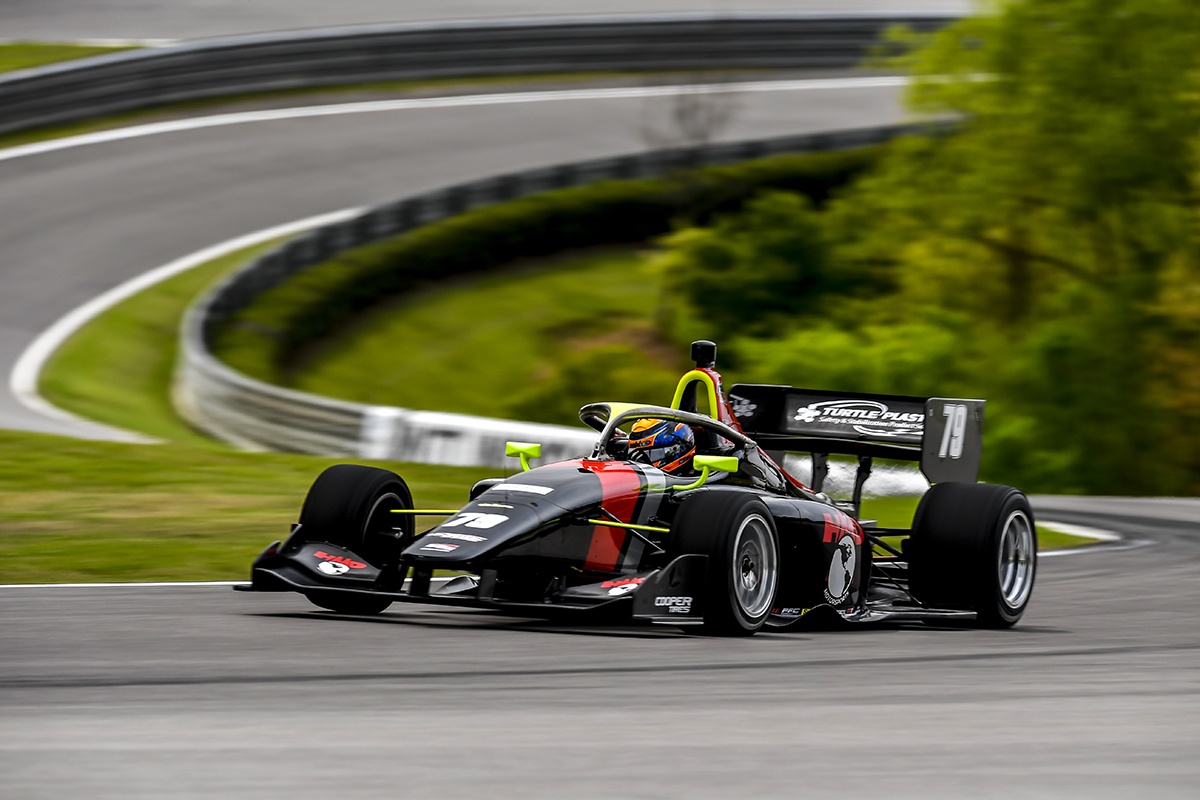 After more than six weeks since the last Indy Lights Presented by Cooper Tires event weekend at Road America, HMD Motorsports is prepared to make their return with David Malukas this weekend, August 19th-21st, at World Wide Technology Raceway (WWTR) in Madison, Illinois. Over half-way through the 2021 season, WWTR will host rounds 13 and 14 of the 20-round championship.

Heading into the weekend, HMD Motorsports, combined with Global Racing Group, is currently leading the Team Championship with a seventeen-point lead over their closest rival. So far this season, David Malukas has scored four wins and five additional podiums in the twelve completed events and has led the championship for a large portion of the season. Malukas currently sits in second, only eleven points behind the current leader. With up to 94 points up for grabs this weekend, the championship is still far from over.

During the 2019 season, Malukas scored one of his two podiums that year at World Wide Technology Raceway with a third-place finish in his rookie season.

In preparation for the one and only oval event on the schedule, Malukas was able to participate in a single day test at the facility last week alongside his Global Racing Group with HMD Motorsports teammates Linus Lundqvist and Benjamin Pedersen.

“It was great to have a test day after a six-week break and over two years since I was last on an oval,” expressed Malukas. “We learned a ton within the hot day making big jumps of improvement with my driving and the car. The team and I are ready to combat the World Wide Technology Raceway in full speed and get racing again!”

With two test sessions scheduled to begin the weekend on Thursday, Malukas and the HMD Motorsports crew will have plenty of opportunity to finalize their qualifying and race setup. Friday will be jampacked with a late-morning practice session, afternoon qualifying and evening race. The qualifying format for this weekend will look a little different from past sessions – drivers will be given two laps to qualify for both races – with a warmup lap, the first lap timed will set the grid for race one while the second lap time will be for race two. The final race of the weekend will take place on Saturday evening directly ahead of the NTT INDYCAR Series Bommarito Automotive Group 500.