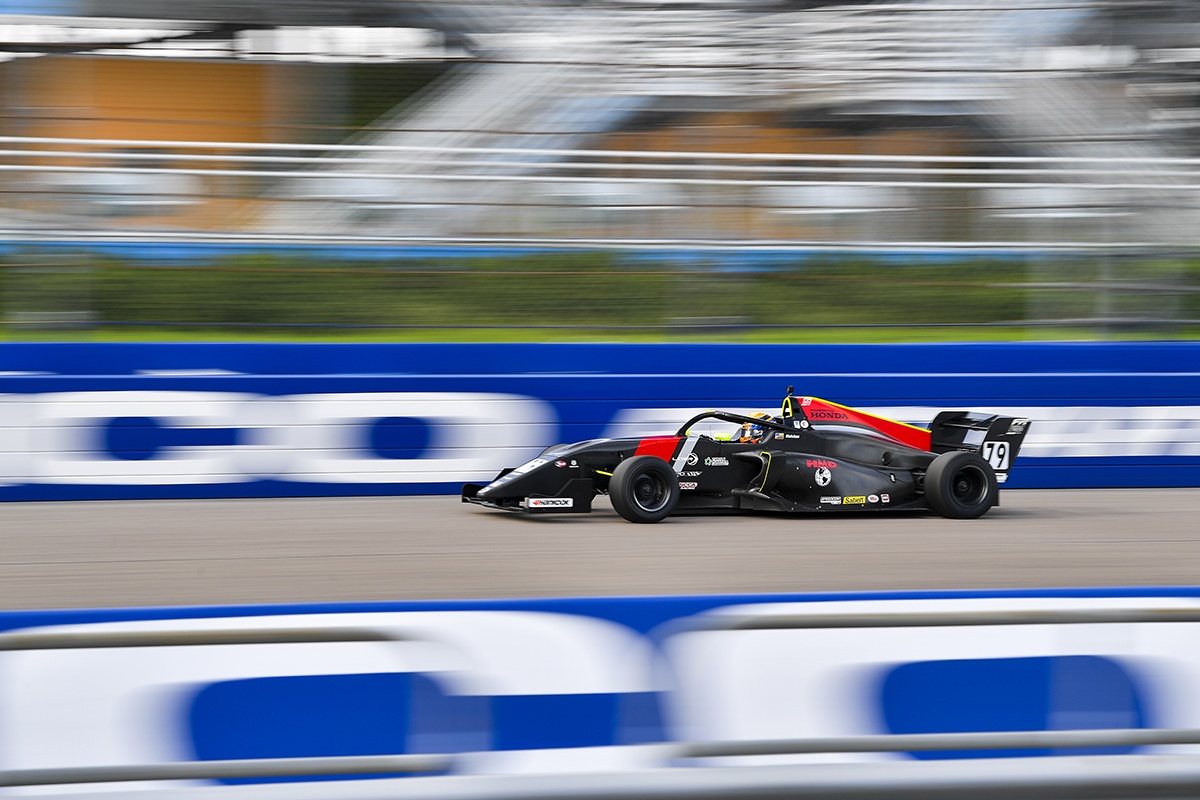 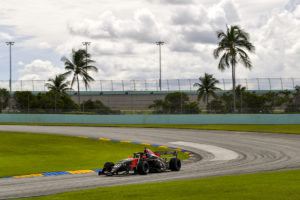 With back to back weekends in Florida, HMD Motorsports added to their collection of hardware in 2020. David Malukas secured three podium results including a victory in round fourteen while Logan Cusson earned his first career FR Americas Powered by Honda and a pair of top-five results over the weekend to claim his best results of the 2020 season while Kyffin Simpson continued to gain experience in only his second event.

With qualifying abandoned due to weather, the grid for round twelve on Saturday afternoon would be set by championship points as Malukas started on the outside of the front row and maintained his position throughout the race to stand on the second step of the podium. Logan Cusson finished in the sixth position but in doing so, scored the third fastest lap of the race and would line up inside row two for round thirteen on Sunday morning. Starting shotgun on the field, Simpson drove forward to an eighth place result, claiming the fifth fastest lap putting all three HMD Motorsports drivers inside the top-five on the time sheets.

Returning to the track again on Sunday for a pair of wheel-to-wheel events, Logan Cusson and David Malukas would both find themselves on the podium. Malukas maintained his string of podium results with another second-place effort while Cusson secured his first career FR Americas podium with a strong third-place effort. Showing constant and steady improvement with each passing session, Cusson was overjoyed with his podium result as he held off the advances of his fellow competitors. While some drivers elected to run new tires late in the race to better their starting position for the third race of the weekend, Cusson was still able to secure the fifth fastest lap of the race. Kyffin Simpson crossed the line in P7 and was the sixth fastest driver of round thirteen. 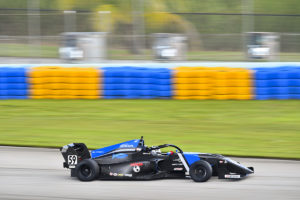 David Malukas added his second victory of the season in the third and final race of the weekend as he broke away from the field early and stretched the gap by more than three seconds. A minor mistake saw him overshoot corner seven as the second-place driver was able to close the gap, but Malukas maintained a steady pace to keep his competitor at bay and drive to the win. Cusson was able to secure his second top-five result of the weekend narrowly missing the third step of the podium while Simpson added another solid seventh place result as he continued to make successful strides forward with each passing session.

“It was a good weekend for the team,” explained Team Manager AJ Smith. “All three drivers showed speed and worked as a team to better themselves. It is great to see the progress made in such a short period of time and we are looking forward to COTA in a few weeks.”

With two weeks off, HMD Motorsports will return to Indianapolis to begin preparation for the final event of the 2020 FR Americas season. Set to take place at the end of the month at the Circuit of the Americas, Malukas, Cusson and Simpson will aim to close the season strong over the October 23-25 weekend in Austin, Texas.