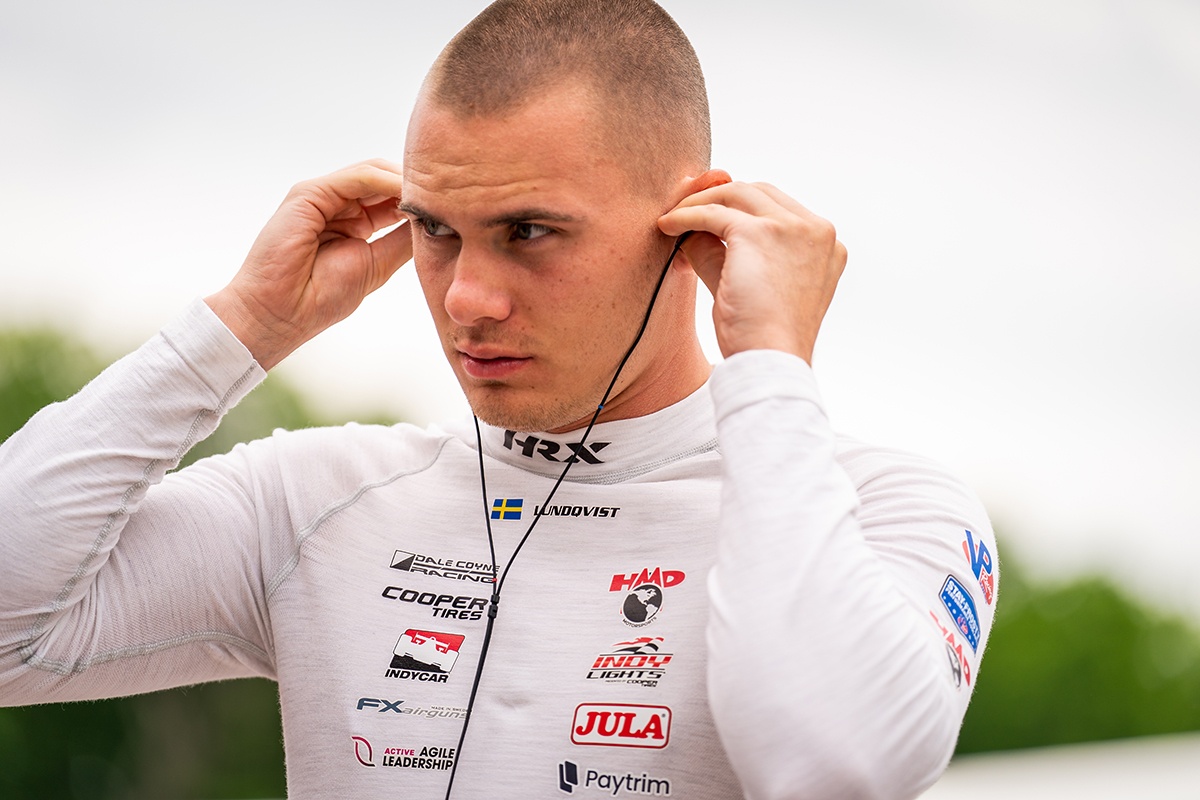 HMD Motorsports had a weekend to forget at Road America. After finishing with Linus Lundqvist, Danial Frost and Benjamin Pedersen in the top-three in the opening practice session and Christian Bogle and Antonio Serravalle topping the charts in practice two, HMD Motorsports with Dale Coyne Racing looked to be unbeatable on the four-mile natural terrain road course. In qualifying however, results proved hard to come by as fifth, sixth, seventh, eleventh and twelfth would be the starting positions for drivers during the single race weekend. 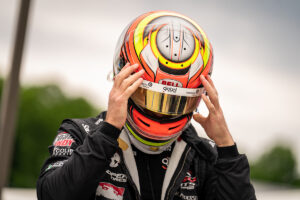 In the opening lap of the Indy Lights Grand Prix at Road America, drivers throughout the field scrambled to make up positions. Christian Bogle had a strong start, moving up two positions into ninth while Danial Frost battled up into seventh. After another driver went off course and a caution was brought out during the first lap, two laps later the race restarted as Benjamin Pedersen moved up into fourth. Another two laps later, Antonio Serravalle suffered from a sudden mechanical engine failure at no fault of the team or driver. As the car became engulfed in smoke, Serravalle was able to pull his car off the track and safely get out of the car, bringing out the second caution of the race. As the race went green again, tragedy struck the HMD team for the second time as Christian Bogle drove over the curbing in turn five and his car was launched into the catch fence and a red flag was brought out.

While Bogle was able to exit the car on his own and was checked, cleared, and released from the medical center, the fencing received heavy damage and the remaining ten laps of the Indy Lights race were postponed until later in the day after the conclusion of the NTT INDYCAR SERIES race. 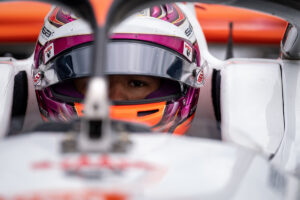 A few hours later, the Indy Lights field took the green flag for the second time of the day with ten laps remaining. With two drivers already out of the race, HMD Motorsports turned all their attention to the remaining three drivers. At the restart, Frost was positioned in fifth, followed by Pedersen in seventh and Lundqvist in eighth. In the first half of the race, Pedersen sustained damage to his car and red flag rules dictated that the crew was unable to work on the repairs during the break. Pedersen started his race from pit lane as the crew scrambled to repair the car after the green flag, despite other teams being granted permission to make changes to their cars prior to the end of the red flag period. On track, Danial Frost worked his way up to fourth before driving off course and falling back to eighth. At the same time, Lundqvist was able to get around Jacob Abel and quickly took over the fourth-place position.

For the remainder of the race, Benjamin Pedersen and Danial Frost held their eleventh and eighth place positions. Linus Lundqvist spent the remaining eight laps working hard to get around Hunter McElrea for the final podium position, and after multiple side-by-side attempts, Lundqvist was unable to complete the pass and had to settle for a fourth-place finish. 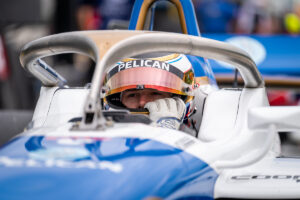 With a podium position out of the picture for HMD Motorsports, attention was focused on earning as many points as possible for the three drivers who are still in championship contention. Leaving Road America, Linus Lundqvist was able to maintain a strong lead with Benjamin Pedersen in third followed closely by Danial Frost in fourth.

“It was not the weekend we wanted,” explained General Manager Mike Maurini. “It is our first real tough weekend of the year and that will always happen in motorsports. We will shift our focus to the next one and look to rebound at Mid-Ohio.”

Road America marked the halfway point of the Indy Lights Presented by Cooper Tires Championship. The series will return in three weeks at Mid-Ohio Sports Car Course during the Fourth of July weekend, July 1-3. 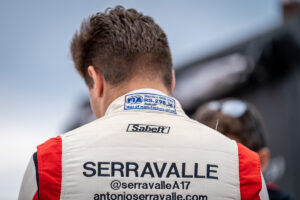