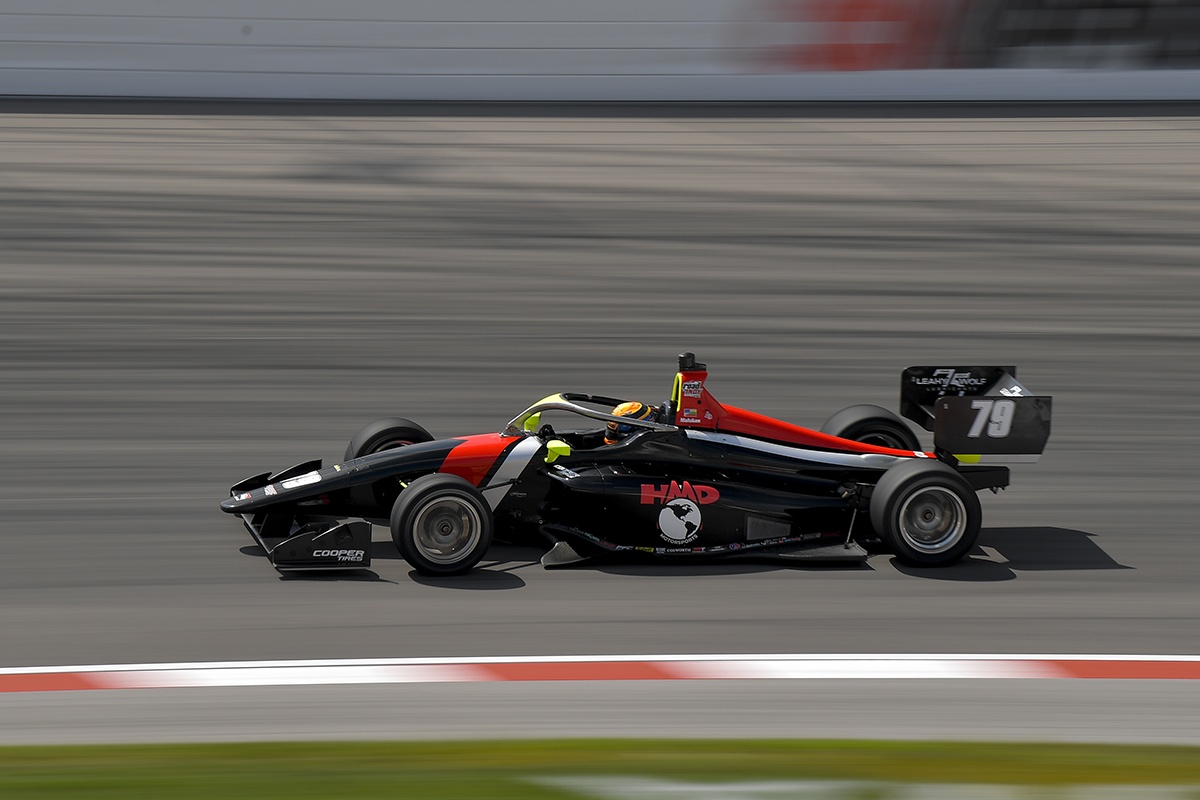 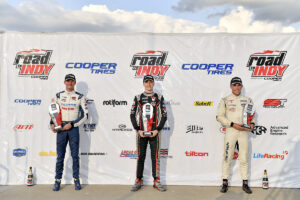 Ending the Indy Lights Presented by Copper Tires Championship summer break, HMD Motorsports and the entire Indy Lights field took on the 1.25-mile oval of World Wide Technology Raceway this past weekend for rounds thirteen and fourteen of the 2021 season. As the only oval on the schedule, points were worth 150 percent, and the two-race event was crucial to the championship battle.

After testing at the facility last week, teams were given two one-hour test sessions on Thursday before official track sessions began the following day. In Friday morning’s official practice, HMD Motorsports topped the timing charts with Malukas finishing second surrounded by his Global Racing Group teammates, Lundqvist and Pedersen, in first and third respectively. With only one qualifying session on the schedule, drivers were given two laps to qualify for the two races, with the first lap setting the grid for race one and the second lap setting the grid for race two. In a close battle, Malukas earned the pole position ahead of his championship rival for the opening race while the two drivers swapped starting positions for race two.

Starting on the pole position on Friday evening, Malukas was able to quickly slot into the lead on the start and never looked back. Fending off pressure from behind during the opening laps, Malukas’ challenger slid sideways through turn one during the second lap and fell back to third. The #79 HMD Trucking backed entry of Malukas was able to take advantage and began to stretch his lead over the course of the next twenty-six laps before the caution flag flew on lap twenty-nine. During the restart, Malukas had the opportunity to quickly pull away again in the lead as his rivals battled behind him. With sixteen laps remaining, Linus Lundqvist tagged the wall in turn three, triggering a caution and effectively ending the race. After multiple drivers suffered issues with tires throughout the first sixty laps, race officials decided to call the race with nine laps remaining due to safety concerns and awarded Malukas his fifth win of the season.

As tire wear and safety concerns continued through Friday evening, Road to Indy officials altered the race format for Saturday’s race. The race was split into two thirty-five lap segments and would be divided by a red flag where drivers would make a mandatory pit stop to change the right-side tires and refuel. With the purpose of reducing tire wear, all cars went out with a half tank of fuel to reduce the overall weight of the car and the load on the tires. During the Saturday afternoon warmup, all cars would be required to scrub their second set of right-side race tires for a minimum of three laps. 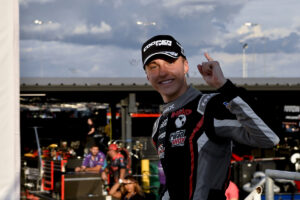 At a track known for being difficult to pass at, Malukas knew he had a battle ahead of him as he was starting from the second position.  In the first stint of the race, Malukas closely trailed the leader, but was unable to complete a pass. The planned caution was then called three laps early due to debris on track and the field entered the pits to change the right-side tires and refuel. On lap thirty-six, the second half of the race began and Malukas briefly fell back from the leader, however, he was able to quickly reel him back in as the two drivers raced within a half second of each other for the next few laps. On lap thirty-nine, Malukas went to the outside of Kyle Kirkwood and the two drivers battled side-by-side for three consecutive laps bringing fans to their feet in what could be classified as the Indy Lights pass of the year. Malukas was finally able to make the pass and take over the lead completing the move on lap forty-two as the two drivers paced Benjamin Pedersen in third. With thirteen laps remaining, another caution was called as drivers were beginning to again show signs of tire wear and after an inspection from Cooper Tires, the race was again cut short with nine laps remaining. David Malukas again claimed the win, sweeping the weekend at World Wide Technology Raceway and taking over the championship lead while teammate Pedersen earned his second podium result of the weekend and catapulted up to fourth in the Drivers’ Championship.

After a chaotic weekend, HMD Motorsports, alongside Global Racing Group, was able to leave the track with two wins, four podiums and five top-five finishes between their three drivers. Not only does HMD Motorsports maintain their Team Championship lead, but all three drivers are now in the top-four of the Driver’s Championship with Malukas in first, Linus Lundqvist in third and Benjamin Pedersen in fourth.

The team will now have two weeks before packing up and heading west for the next two events. Up first will be Portland International Raceway on September 10-12.