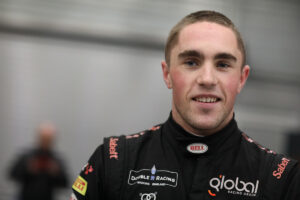 After announcing their newly formed partnership a few weeks ago, Global Racing Group is excited to announce their first driver for the upcoming 2021 Indy Lights Presented by Cooper Tires Championship season. Racing under the Global Racing Group with HMD Motorsports banner, Benjamin Pedersen will enter the 2021 season in North America by making his Road to Indy debut on the Streets of St. Petersburg.

“I am looking forward to a new season and the new challenge that lies ahead,” expressed the 21-year-old Danish/American driver who is eager to get the season started. “I completed my first two-day test at the Homestead-Miami Speedway in November and am now testing at Sebring International Raceway as well to become comfortable with the car, new surroundings, new team members and everything that comes with entering a new series. We have several more tests planned within the coming months and I will be working hard to ensure that I am 100% ready to go for the start of the season.”

While Pedersen has not yet competed in the Road to Indy ladder program, he has been very active in the open wheel scene for the past five seasons. This past season, Pedersen took part in the first five rounds of the Formula Regional Americas Championship Powered by Honda with Global Racing Group, where he earned a best finish of fourth before heading to the United Kingdom to compete in the BRDC British Formula 3 Championship season, claiming a win at the famous Silverstone circuit and three podiums during the season. In 2019, Pedersen finished second in the F3 Americas Championship Powered by Honda (now Formula Regional Americas) with seven wins in only ten races, after finishing third in the Championship the year prior in 2018.

“Benjamin has come up to speed pretty quickly in an Indy Lights car and I think time between now and season start will only see continued steps forward” added Team Manager AJ Smith. “He is definitely talented and while almost every track on the calendar will be new to him, I am confident in the team that we have built around him to ensure success.”

Pedersen added, “2020 was a different year for most and after transitioning to Europe, I am happy to be back home with the chance to race on American soil and progress to the upper echelons of North American motorsports.”

Pedersen brings a great deal of knowledge to the team and both HMD Motorsports and Global Racing Group are eager to see him excel in the upcoming season.

Global Racing Group and HMD Motorsports are eager to announce the remainder of their 2021 season lineup in the near future. Pedersen and the entire HMD/GRG team will make their Indy Lights Presented by Cooper Tires debut at Homestead-Miami Speedway, February 24, 2021, for the first official Series Test before the first event of the season in St. Petersburg, Florida, March 5-7.

Stay tuned for more announcements from HMD Motorsports and Global Racing Group in the coming weeks.