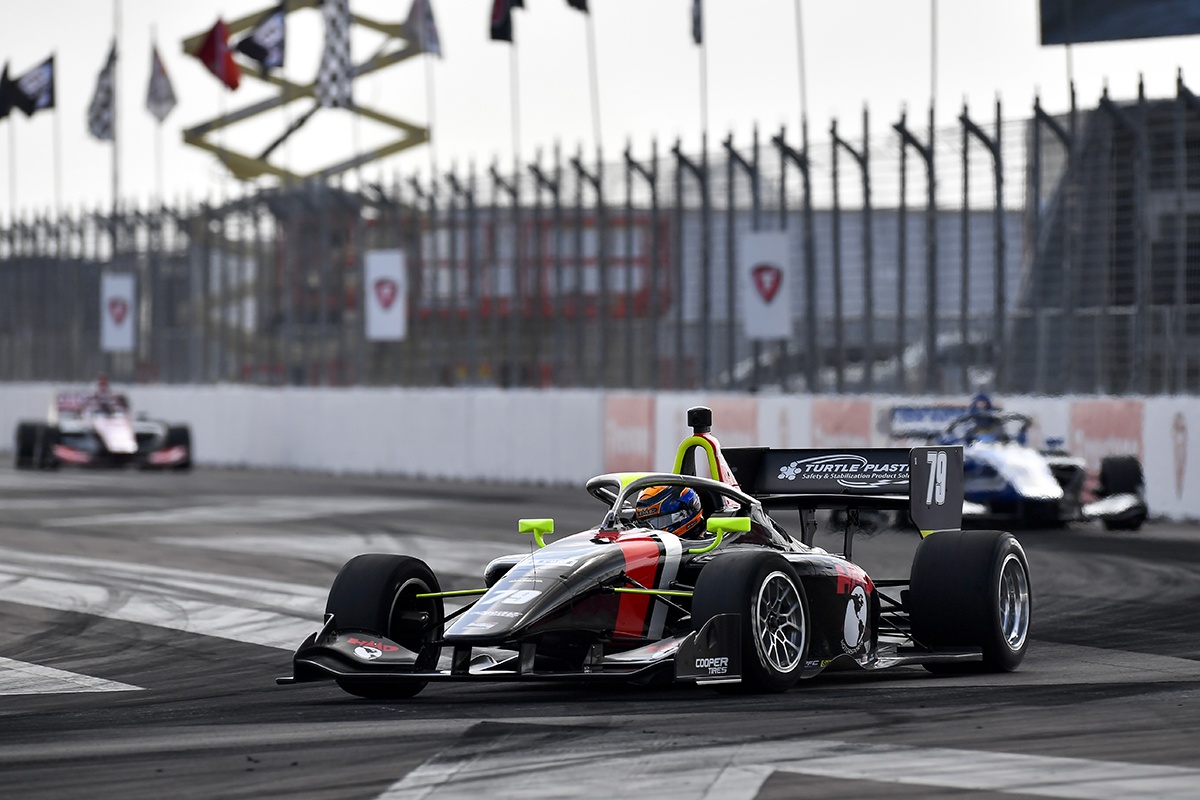 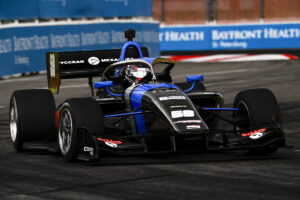 HMD Motorsports left the Grand Prix of St. Petersburg on top after this past weekend’s doubleheader event. In the third and fourth rounds of the Indy Lights Presented by Cooper Tires Championship, the HMD Motorsports team gained valuable points towards the individual drivers’ championships as well as the team championship as they currently lead both heading into their home event, the Indianapolis Grand Prix.

Taking place over three days through the streets of downtown St. Petersburg, David Malukas and Nikita Lastochkin took part in one practice session before back-to-back qualifying runs on Friday. As the weekend arrived, all focus shifted to wheel-to-wheel action taking place on Saturday afternoon and Sunday morning.

While Nikita Lastochkin is still working through his rookie season, he was able to make huge strides over the weekend to close the gap to the leaders and earn his career best finish in the Indy Lights program. In qualifying, Lastochkin scored the tenth fastest lap to start on the outside of row five for race one and twelfth for race two, but was able to improve in both when the green flag flew. On Saturday, Lastochkin kept his nose clean and finished with an Indy Lights career-best finish of eighth. Struggling a bit in race two, a mid-race spin due to an inconsistent brake bias setting moved him down the order where he eventually finished in the eleventh position.

David Malukas had a successful weekend in St. Petersburg, taking home two more podium results bringing that total to three. Throughout the five on-track sessions, Malukas never finished outside of the top-three. After qualifying second for race on one on the weekend, Malukas struggled at the start and was aggressively pushed back to P7. After a hard battle and working his way forward, Malukas was able to take back what he had lost to finish on the podium in third. Starting from the pole position in Sunday’s event, the Turtle Plastics backed driver led the race from start to finish. After gaining a significant lead over his championship rivals, Malukas had to methodically keep his challengers at bay in the latter stages to earn the win. Giving it everything he had, Malukas fought to maintain his lead and after brushing the wall with three laps to go, the Chicago native held on to claim his second win the season. Leaving the streets of St. Petersburg, Malukas took over the drivers’ championship lead and helped gain points towards the team championship – which HMD Motorsports continues to lead.

On the Global Racing Group with HMD Motorsports side of the program, Linus Lundqvist rebounded from a disappointing result on Saturday to finish third on Sunday putting a pair of HMD branded drivers on the podium. Benjamin Pedersen battled for a top-five result on Saturday and while making a bid for P4 in the late stages, took evasive action to avoid contact and fell down the running order. Pedersen returned on Sunday to finish sixth. Linus Lundqvist and Benjamin Pedersen now sit second and sixth in the drivers’ championship

Now, the team will regroup over the next couple of weeks before setting up at Indianapolis Motor Speedway for the next two rounds of the Indy Lights Presented by Cooper Tire Championship, May 13-15.