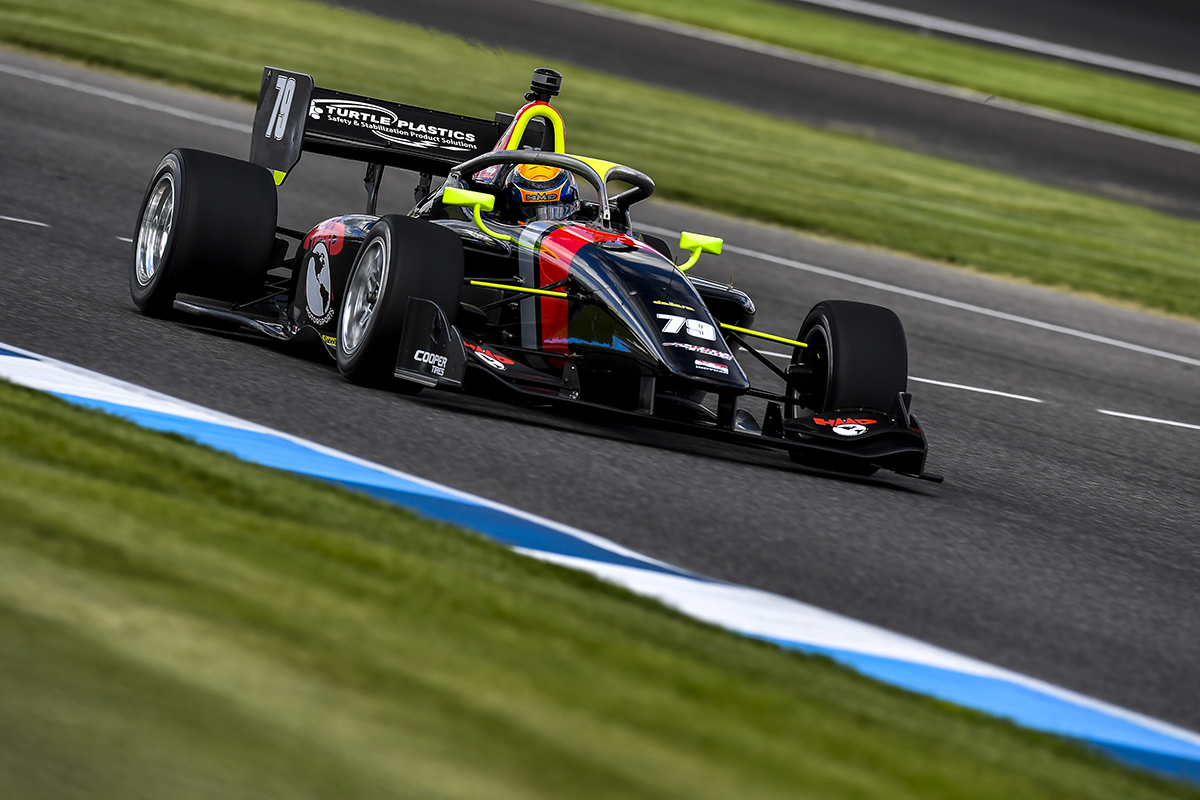 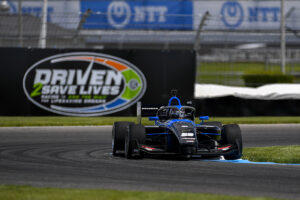 Since the Indianapolis Grand Prix last month, and while the NTT INDYCAR Series focused on the Indianapolis 500, HMD Motorsports has remained busy over the past four weeks. While not officially competing since the Grand Prix weekend, promotional events and test days filled the calendar as the Team and Driver Championship leading program prepared for their first trip to the Detroit Grand Prix this weekend.

HMD Motorsports driver David Malukas and his #79 HMD Trucking machine had their car on display at a Westfield, Indiana Kroger promoting the Month of May while Global Racing Group with HMD Motorsports drivers Linus Lundqvist and Benjamin Pedersen were able to make appearances on behalf of the Road to Indy Presented by Cooper Tires at both Indy 500 practices at Indianapolis Motor Speedway and the Freedom 75/Freedom 90 at Lucas Oil Raceway. Additionally, tests at Road America and the Mid-Ohio Sports Car Course kept the team busy as they prepared for the remainder of the race season.

After a brief break in the schedule, the series is set continue forward with the remainder of the season, with three event weekends over the next four weeks. First up is the Detroit Grand Prix on the streets of Belle Isle Circuit taking place this weekend, June 11-13. Returning to the schedule, Indy Lights has not visited Belle Isle since 2012, giving the current Indy Lights field an even playing field with all thirteen entrants having never competed at the event. The second and final street course of the season, drivers will take to the 2.35-mile, 13-turn circuit alongside the NTT INDYCAR Series and the IMSA WeatherTech SportsCar Championship.

Heading into Detroit, HMD Motorsports currently leads the Team Championship as well as the top two positions in the Drivers Championship – with David Malukas leading and Linus Lundqvist in second. Benjamin Pedersen has earned one podium result in the short 2021 season to date as he looks forward to the Detroit Grand Prix. The #59 HMD Motorsports entry of Nikita Lastochkin had his best result of the year back on the Streets of St. Petersburg and will look to reset that best result on the bumpy Belle Isle Circuit.