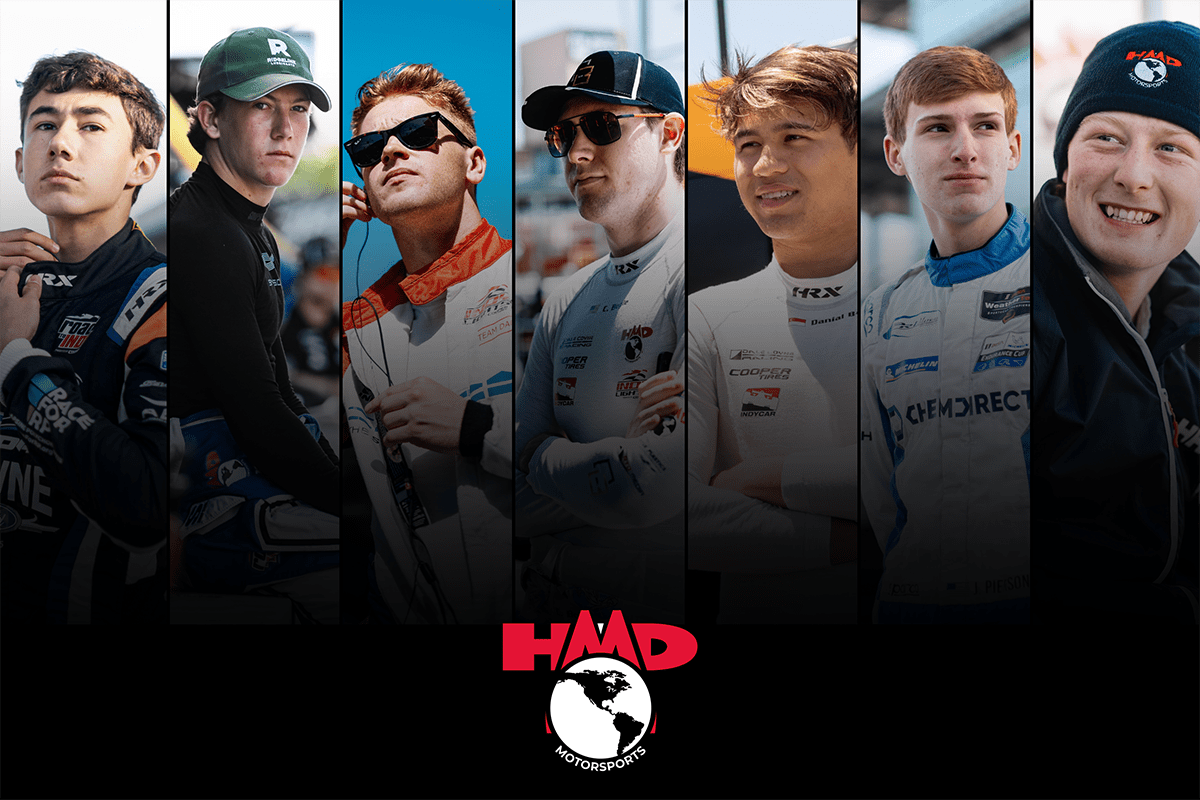 After announcing the complete driver lineup early in the off-season, HMD Motorsports has been hard at work preparing for a successful championship year. While an enlarged HMD Motorsports crew has been busy this off-season preparing to enter nine drivers in INDY NXT™ by Firestone in the 2023 season, the drivers have been hard at work keeping their skills sharp and gaining additional experience.

As part of their participation with HMD, all nine drivers have memberships and have been receiving customized training from PitFit, a pioneer in the human performance side of the motorsports industry, supporting some of the most well-known drivers and teams worldwide. With their physical training consistently improving, drivers are now taking to the track in additional series to improve their on-track performance.

Taking place January 26-29, Josh Pierson, Christian Rasmussen, Kyffin Simpson, Danial Frost, and Rasmus Lindh will all be competing in the Rolex 24 at Daytona. In the LMP3 class, Rasmus Lindh will race with Andretti Autosport in the #36 entry while Danial Frost will pilot a Ligier JSP320 for MRS GT-Racing. Josh Pierson, Christian Rasmussen, and Kyffin Simpson will be competing in LMP2 – each with a different team. Pierson will be in the #35 TDS Racing entry while Rasmussen will be with Era Motorsports in the #18. INDY NXT™ driver Kyffin Simpson will be racing the #8 for Tower Motorsports alongside NTT INDYCAR SERIES® drivers Josef Newgarden and Scott McLaughlin.

In February, Christian Bogle, Nolan Siegel, and Kyffin Simpson will be heading to the United Arab Emirates to compete in the two-week, four-event Asian Le Mans Series in the LMP2 class. Taking place from February 11-19, drivers will compete in two four-hour races at both Dubai Autodrome and Yas Marina Circuit. Kyffin Simpson will be driving for Algarve Pro Racing while Christian Bogle and Nolan Siegel team up with HMD Motorsports driver coach, Charles “CR” Crews of Inter Europol Competition.

These seven drivers, as well as confirmed entries for Josh Green and Ernie Francis Jr., will be on track at the Homestead-Miami Speedway for the first time in 2023 on January 23 for the penultimate INDY NXT™ by Firestone test before the first race of the season.

While the drivers are beginning their 2023 seasons early, the 2023 INDY NXT™ by Firestone season will begin March 3-5, 2023 on the Streets of St. Petersburg after two upcoming Firestone Tire test days at the Homestead -Miami Speedway on January 23 and February 27.

For more information on the Rolex 24 at Daytona visit https://www.imsa.com/events/2023-rolex-24-at-daytona/.