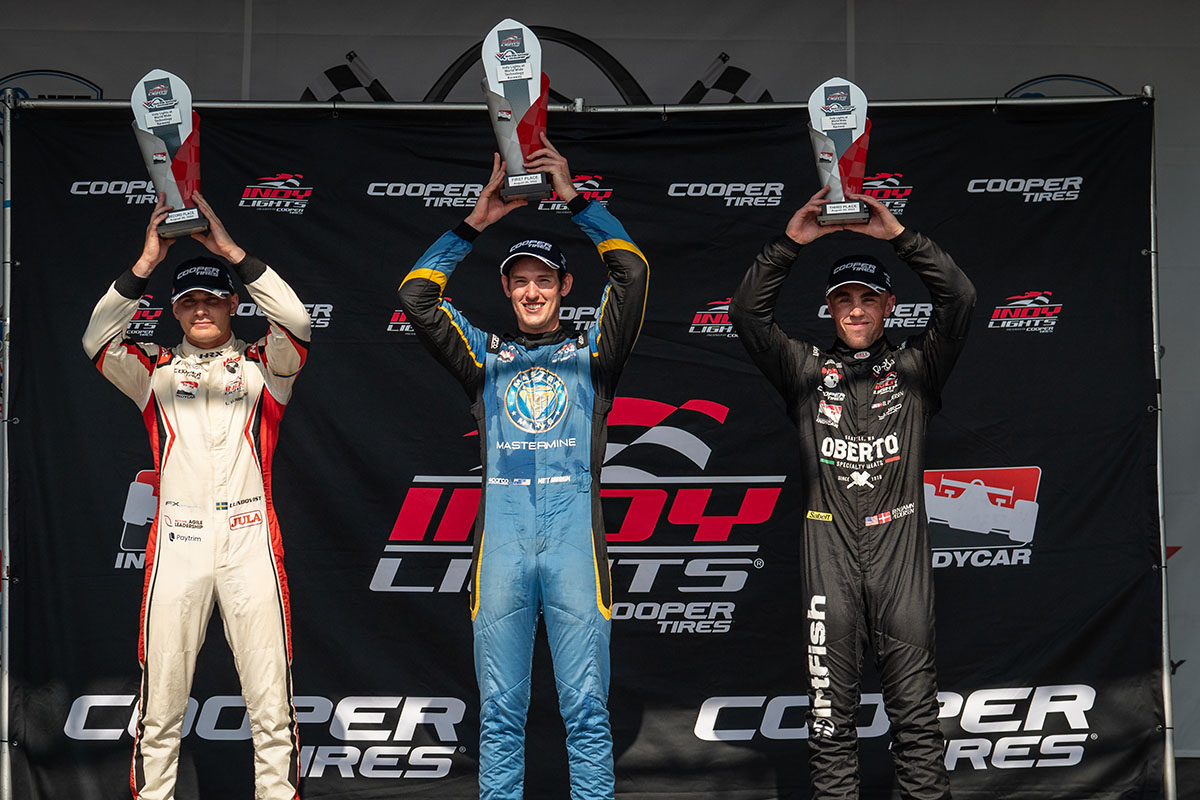 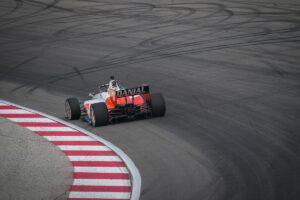 In the final oval race of the season for both the NTT INDYCAR SERIES and Indy Lights Presented by Cooper Tires, HMD Motorsports left World Wide Technology Raceway with three podium finishes. In Indy Lights, Linus Lundqvist earned his sixth podium of the season while Global Racing Group with HMD Motorsports driver Benjamin Pedersen earned his third podium of the year with a third-place finish. Topping off the weekend, David Malukas drove through the NTT INDYCAR SERIES field to earn his first INDYCAR podium with a second-place result.

With six drivers entered in Indy Lights, HMD Motorsports was instantly up to speed in the only practice session with four drivers in the top-five. Leading the pack was Benjamin Pedersen followed by Championship leader Linus Lundqvist. James Roe jumped up through the field to finish the session in fourth while Danial Frost rounded out the fifth-place position. In the final few minutes of the session, however, Roe hit the wall in turn two which resulted in extensive damage to his car. Fortunately, the HMD with Dale Coyne Racing crew was able to repair his car in time for the qualifying session that took place later that afternoon.

HMD Motorsports again showed their speed in Indy Lights as Linus Lundqvist claimed the pole position in qualifying and Benjamin Pedersen locked out the front row in second. Danial Frost was the next best qualified HMD car in seventh followed by Christian Bogle in eighth, James Roe in tenth, and Kyffin Simpson in eleventh.

With the NTT INDYCAR SERIES race taking place on Saturday night under the lights, the Indy Lights series headed out for their 75-lap race early Saturday afternoon. Taking the green flag, Lundqvist quickly pulled away with the lead as Benjamin Pedersen found himself in a three-wide battle for second while heading into turn one, but was ultimately able to maintain his second-place position. Further back, Danial Frost drove up two positions through the field and into fifth in the opening lap. Two laps later, Pedersen fell back to third while Frost battled side-by-side for fourth for three straight laps but eventually maintained his fifth-place position. 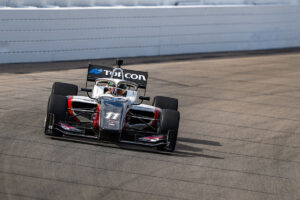 Eleven laps in, Christian Bogle was the first driver to pull into the pits after contact with the wall. After repairing his car of a broken toe link, Bogle was able to return to the race ten laps down.  Just past the halfway point, Pedersen moved back into fourth and took advantage of another driver’s contact on lap 52, moving back into podium contention in P3 followed by Frost in fourth. After maintaining a strong lead for 70 laps, Linus Lundqvist found himself battling for the lead with less than five laps remaining. Giving up the point with three laps remaining, Lundqvist was thinking big picture and crossed the line second, extending his championship point lead. Benjamin Pedersen put a pair of HMD Motorsports drivers on the podium in third. 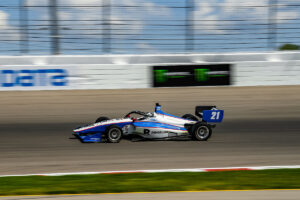 With three rounds remaining in the Indy Lights Championship, Linus Lundqvist maintains his lead by 108 points in the chase for the championship.

HMD Motorsports is now preparing to head to the West Coast to finish out the NTT INDYCAR SERIES and Indy Lights Presented by Cooper Tires schedules. Drivers will head to Portland International Raceway September 2-4 and then will head south to WeatherTech Raceway Laguna Seca September 9-11 for the season finale of both series.