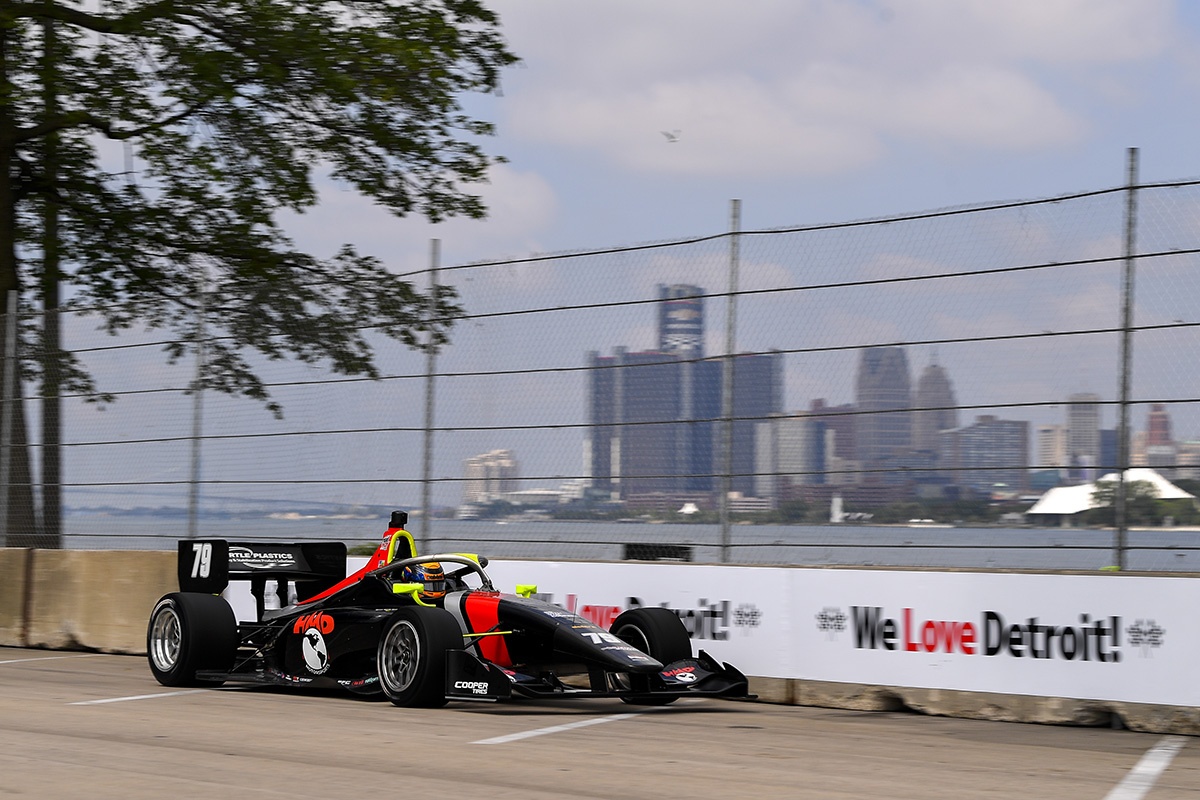 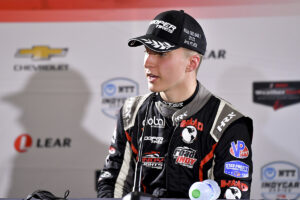 Starting out with practice on Friday morning, David Malukas hit the wall while trying to find the track limits during his fourth lap and was unable to finish the session. Teammate Nikita Lastochkin finished the session in ninth. With a nearly destroyed car, the HMD Motorsports team, with the help of crew members from all four HMD Motorsports/Global Racing Group cars, were up against the clock as they had less than four hours to get the car ready for Qualifying 1 later that afternoon. With only minutes to spare, the HMD Motorsports crew was able to get Malukas’ car on grid for qualifying – a massive achievement for the team. While there was not enough time to perfectly set up the car, Malukas went out and was able to qualify for Race 1 in the fifth position. Lastochkin was able to close his gap to the rest of the field by nearly 0.4 seconds and qualified in tenth. In Qualifying 2 on Saturday morning, Malukas was able to rebound from his misfortune the previous day and qualified on the front row behind his GRG with HMD teammate, Linus Lundqvist and Lastochkin again qualified in tenth.

By Race 1 on Saturday afternoon, Malukas’ car was back in racing condition. Starting from fifth, the top-five drivers pulled away from the remainder of the field, but it was a relatively uneventful race for the HMD Motorsports drivers. David Malukas finished in fifth while Nikita Lastochkin gained a position to finish ninth

In the final race, after starting from the outside of row one, Malukas was unable to hold off the advances of one of his rivals and fell back into third on the opening lap. While Lundqvist and Kyle Kirkwood battled for the lead, Malukas was able to stick up front with the leaders throughout the race but was not able to advance back forward. By lap sixteen, Malukas was closing in on Lundqvist and setting up for a battle for second. With the top-three pulling away from the rest of the field, Malukas had to settle for the third step on the podium. Nikita Lastochkin had a solid weekend in Detroit and in race two, grabbled another ninth-place result leaving the most challenging street circuit on the calendar with a pair of top-ten results.

After the first eight rounds of the Indy Lights Presented by Cooper Tires Championship, HMD Motorsports maintains their lead in the Team Championship. David Malukas, who was leading the Driver’s Championship coming into the weekend, currently sits in second only one point behind his GRG teammate Linus Lundqvist. 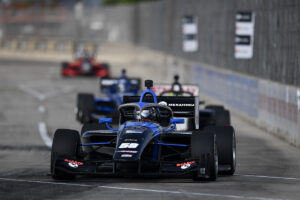 Prior to the official race weekend, drivers will have plenty of preparation with two one-hour test sessions on Thursday before official practice on Friday. Qualifying 1 will begin on Friday afternoon followed by Qualifying 2 on Saturday morning. The green flag for the first race of the weekend will drop at 3:05pm Saturday afternoon and the weekend will come to a close early Sunday morning after Race 2.