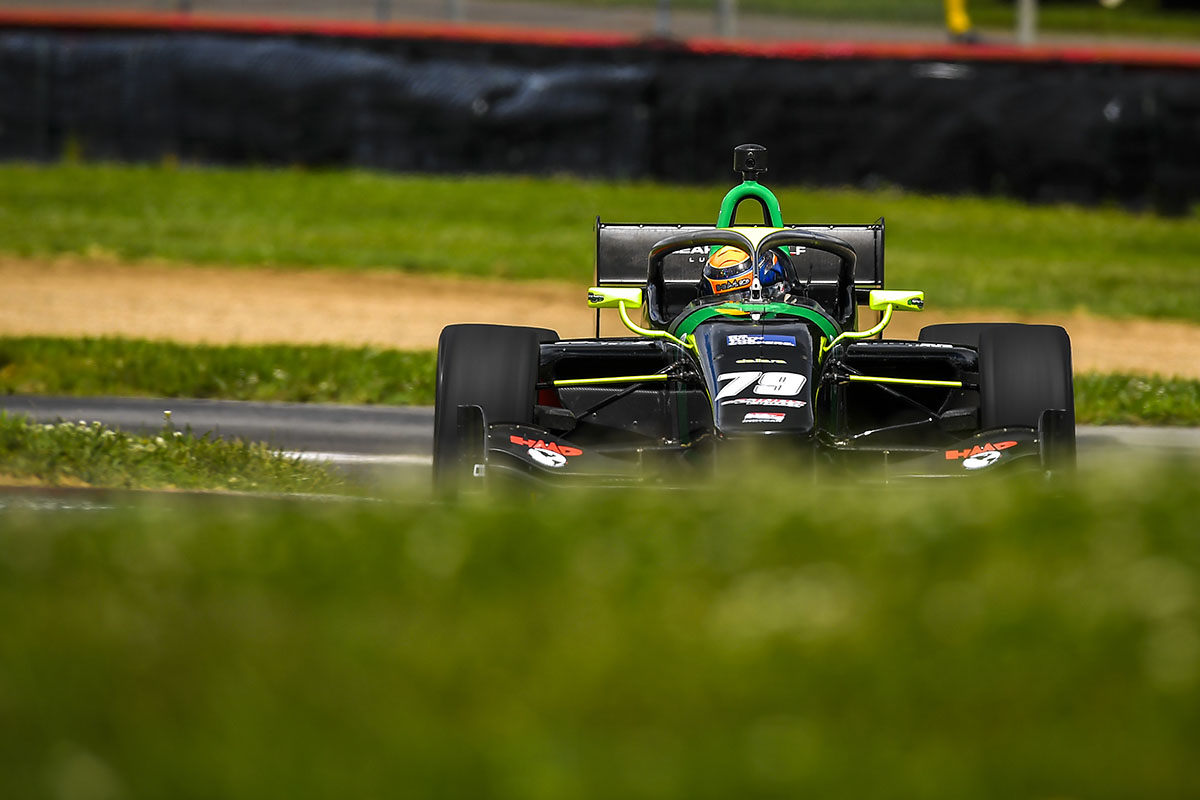 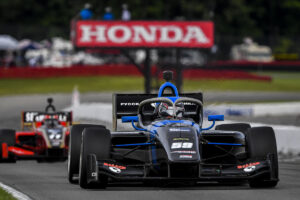 This past Fourth of July weekend, HMD Motorsports and drivers David Malukas and Nikita Lastochkin took on Mid-Ohio Sports Car Course in the first two rounds of the second half of the 2021 Indy Lights Presented by Cooper Tires season. Heading into the weekend, HMD Motorsports was comfortably leading the Team Championship and David Malukas was narrowly leading the incredibly close Driver Championship.

After completing two of the three test sessions and an official practice, both HMD Motorsports drivers were confident heading into Qualifying 1 on Friday afternoon. David Malukas, who did not show his true pace in the practice session and finished fourth, was able to recover for a second-place qualifying position while Nikita Lastochkin finished eleventh. The next morning in Qualifying 2, Malukas scored the fourth fastest lap of the session with Lastochkin turning a lap time good enough for the outside of row six.

In the opening lap of the race one on Saturday afternoon, Malukas was able to battle for the lead and closely hang on to the second position. As the drivers settled in for the remainder of the race, the leading three drivers were able to distance themselves from the rest of the pack. On lap five, Lastockin was battling with Sting Ray Robb for the eleventh position when he made slight contact and damaged his front wing. He was able to stay out for the remainder of the race but was unable to advance up the running order suffering from a slight loss of front grip. About one-third of the way through the race on lap eleven, Malukas went off track in turn nine, driving through the grass and narrowly missing the tire barrier. He was able to make his way back to the racing surface, losing only one position as he settled into the third position in front of his Global Racing Group teammate Linus Lundqvist. After his offtrack excursion, Malukas put his head down as he began to chase down the two lead drivers but would run out of time as the checkered flag flew, leaving him on the third and final step of the podium.

In the second and final race, Malukas had a battle ahead of him to make up valuable championship points after falling two points out of the championship lead. Starting in fourth and next to teammate Linus Lundqvist, Malukas quickly found himself engaged in a battle that featured four of the series top drivers. On lap thirteen and after a full course caution, Malukas took advantage of the restart as he again tried to chase down Lundqvist. Nearing the halfway mark, Lundqvist went wide in turn two and Malukas was able to drive into the third position. With his sights now set on the second-place competitor, Malukas began his charge forward. With two laps to go, Malukas closed the gap from four seconds down to just over half a second but was unable to get by and finished in third for the second time of the weekend. Nikita Lastochkin soldiered on with his damaged front wing to finish in eleventh all while turning respectable lap times despite. A different approach into the weekend allowed Nikita to close the gap to his rivals as he left the weekend happy and motivated.

While the weekend did not go as hoped for the HMD Motorsports crew, it was a weekend of learning and staying in the championship fight. With Malukas now second, eleven points behind in the Drivers’ Championship, HMD Motorsports and Global Racing Group remain atop the Team Championship with eight races remaining.

After the cancellation of the Streets of Toronto event weekend, Indy Lights Presented by Cooper Tires will now enter a six-week summer break before heading to World Wide Technology Raceway for the one and only oval event of the season later in August.