HMD MOTORSPORTS SET FOR THE FINAL OVAL OF 2022 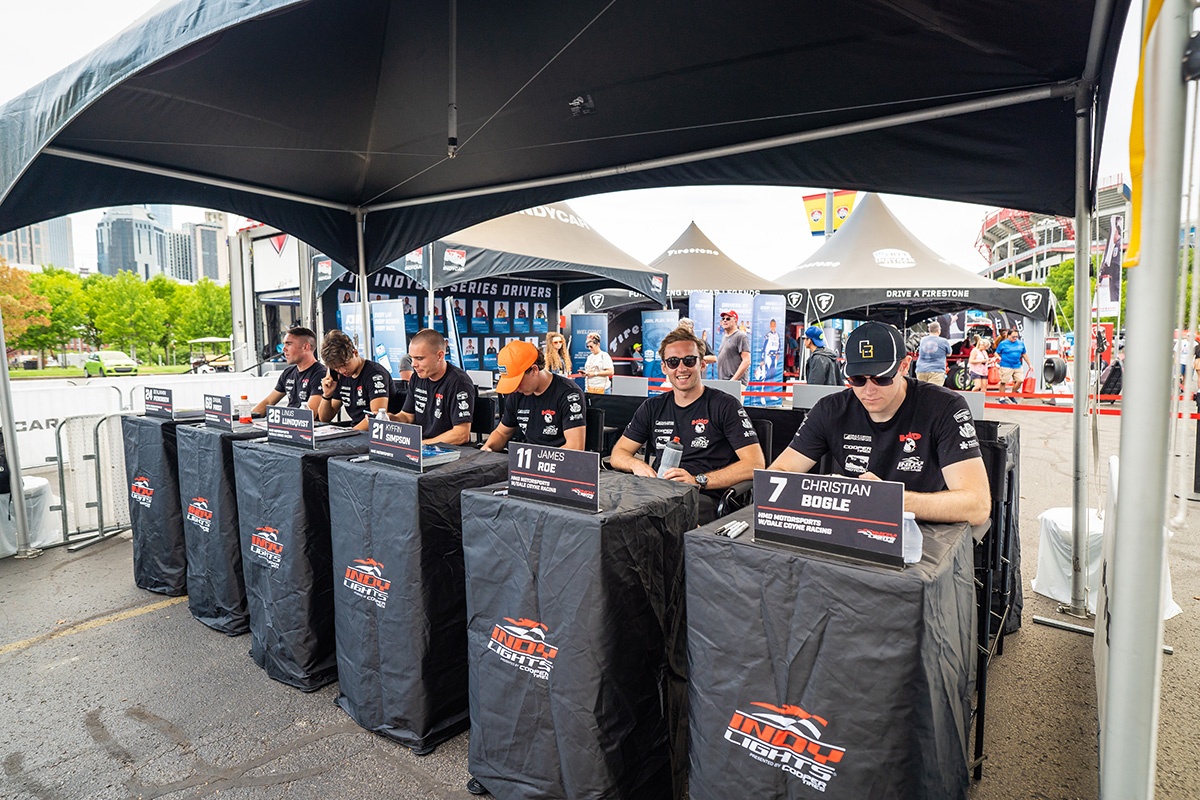 With less than a month remaining in the 2022 Indy Lights Presented by Cooper Tires and NTT INDYCAR SERIES season, both programs are gearing up for the final oval race of the season. Taking place this weekend only ten minutes outside of downtown St. Louis, Missouri, World Wide Technology Raceway (WWTR) will host the two-day event weekend.

In preparation for the final oval race, HMD Motorsports with Dale Coyne Racing and the entire Indy Lights field completed a single-day test at the 1.25-mile track late last week. Leading the field in both the morning and afternoon sessions was Global Racing Group with HMD Motorsports driver, Benjamin Pedersen. Behind him, the remaining five HMD Motorsports drivers also posted strong results. Danial Frost was the second quickest in the morning while Linus Lundqvist rounded out the top-three for the first session of the day. James Roe and Christian Bogle also found speed and finished the day with the fifth and sixth fastest times.

In INDYCAR, David Malukas of Dale Coyne Racing with HMD Motorsports was also able to complete a rookie test day at the track last Thursday where he posted the fastest time of the day.

After failing to finish on the podium in the previous oval race this season at Iowa Speedway, HMD Motorsports is eager to make a comeback this weekend with a strong six-car lineup.

Linus Lundqvist maintains control of the Indy Lights Championship with a 95-point lead after claiming five wins in ten rounds. Earlier this season, Benjamin Pedersen claimed three third-place finishes and Danial Frost is one of five drivers to earn a win. Both drivers are eager to return to the podium this weekend. Christian Bogle has continued to gain speed and consistency at every event. Both new to the team in the past couple of rounds are Kyffin Simpson and James Roe. Simpson’s first experience on an oval and with HMD Motorsports was at Iowa Speedway two races ago. Roe finished testing last week in the top-five after joining HMD Motorsports only two weeks ago and finished in fourth at WWTR last season in Indy Pro 2000.

Taking place over two days, both Indy Lights and INDYCAR will practice and qualify Friday afternoon and into the evening. With INDYCAR running their one and only night race of the season on Saturday, Indy Lights will start the day in the late afternoon as they take the green flag on Saturday at 4:15 PM ET.