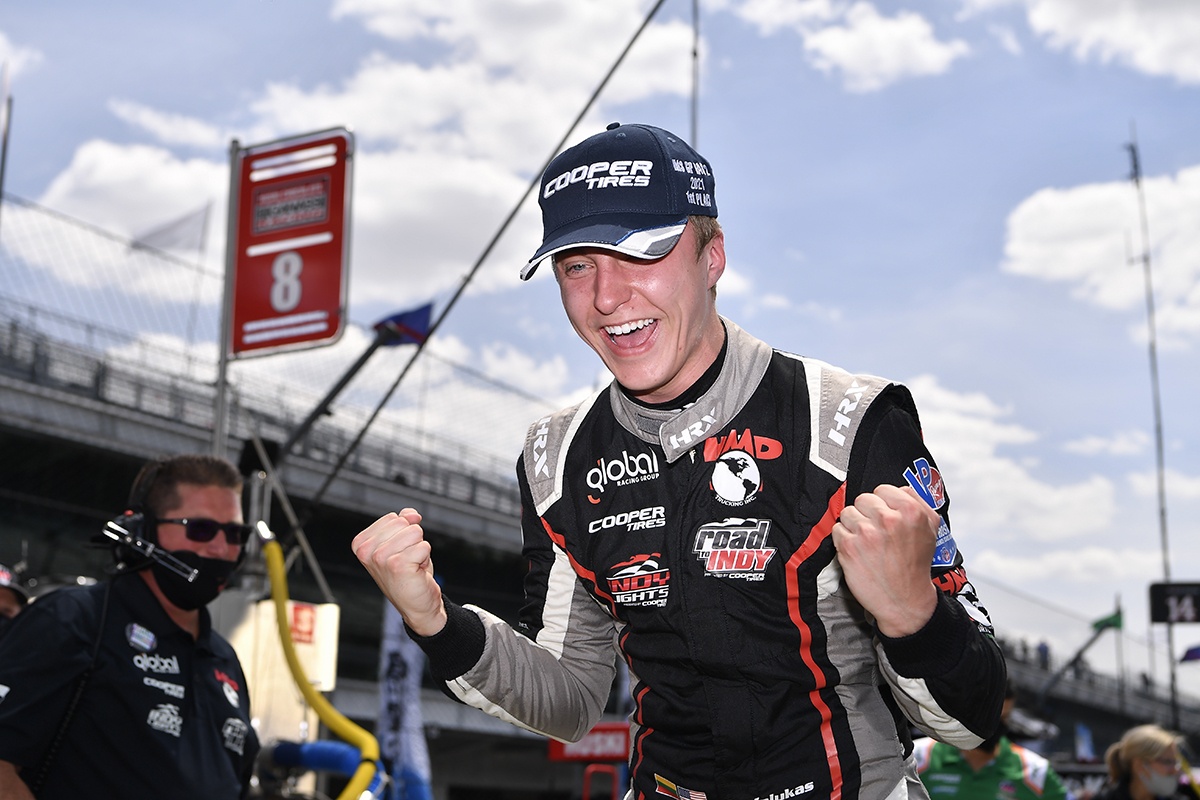 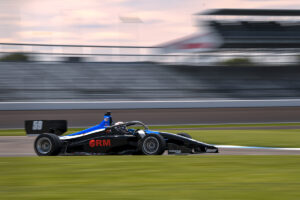 As the first quarter of the 2021 Indy Lights Presented by Cooper Tires season comes to a close, HMD Motorsports has continued to reign supreme through the first three event weekends. This past weekend, the four-car lineup tackled Indianapolis Motor Speedway in a doubleheader event weekend at the Indianapolis Grand Prix and added two more race wins, bringing the victory total to five wins in the first six races

With three practice sessions (two series tests and one official practice) to start off the weekend, the team was prepared to have over two hours to run different race setups and familiarize themselves with the Indianapolis Motor Speedway Road Course. However, David Malukas quickly ran into electrical issues in all three sessions, virtually eliminating his practice time and a fourth-place finish as his highest result.

Heading into the first qualifying session on Friday morning, the #79 crew was able to find a solution to Malukas’ electrical issues and he qualified in the third position – a strong result after the disappointing practice sessions. Nikita Lastochkin qualified in the eleventh position as he took on the Indy GP circuit for the first time behind the wheel of a Lights car. When the green flag dropped for race one later that afternoon, Malukas quickly began to hunt down the second-place runner of Toby Sowery and after four laps overtook his close friend and moved up into the second position. Matching lap times with his Global Racing Group with HMD Motorsports teammate, Linus Lundqvist, Malukas was unable to gain on Lundqvist and finished the first race of the weekend on the podium in second. With Lundqvist taking the win, Malukas fell to second in the points championship, four points behind his teammate Lundqvist. Benjamin Pedersen secured a tenth-place result for the GRG with HMD Motorsports outfit while Lastochkin had a late race spin and would eventually be classified in the 13th position after showing leaps and bounds of forward progress and closing the gap to the leaders. 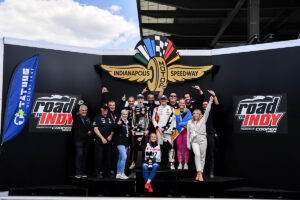 For the second qualifying session of the weekend, Malukas continued to improve to claim the pole position only 0.0955 seconds over Lundqvist. From start to finish of the second and final race of the weekend, Malukas lead from green flag to checkered flag to take his third win of the season. In the final lap of the race, Malukas battled closely with Sowery, but was ultimately able to claim his third win of the season in a photo-finish across the Yard of Bricks, with a lead of 0.0283 seconds. Lundqvist crossed the line in the fifth position while Pedersen improved one position from Saturday’s result to finish ninth and Lastochkin was once again in the 13th position

As the weekend drew to a close, Malukas reclaimed the lead in the Driver’s Championship and HMD Motorsports continued to extend their lead in the Team Championship – claiming five wins in the first six races.

With a few weeks off unit the Detroit Grand Prix, taking place June 11-13th, HMD Motorsports will complete two additional private tests at Road America and Mid-Ohio Sports Car Course in preparation for the remainder of the season.