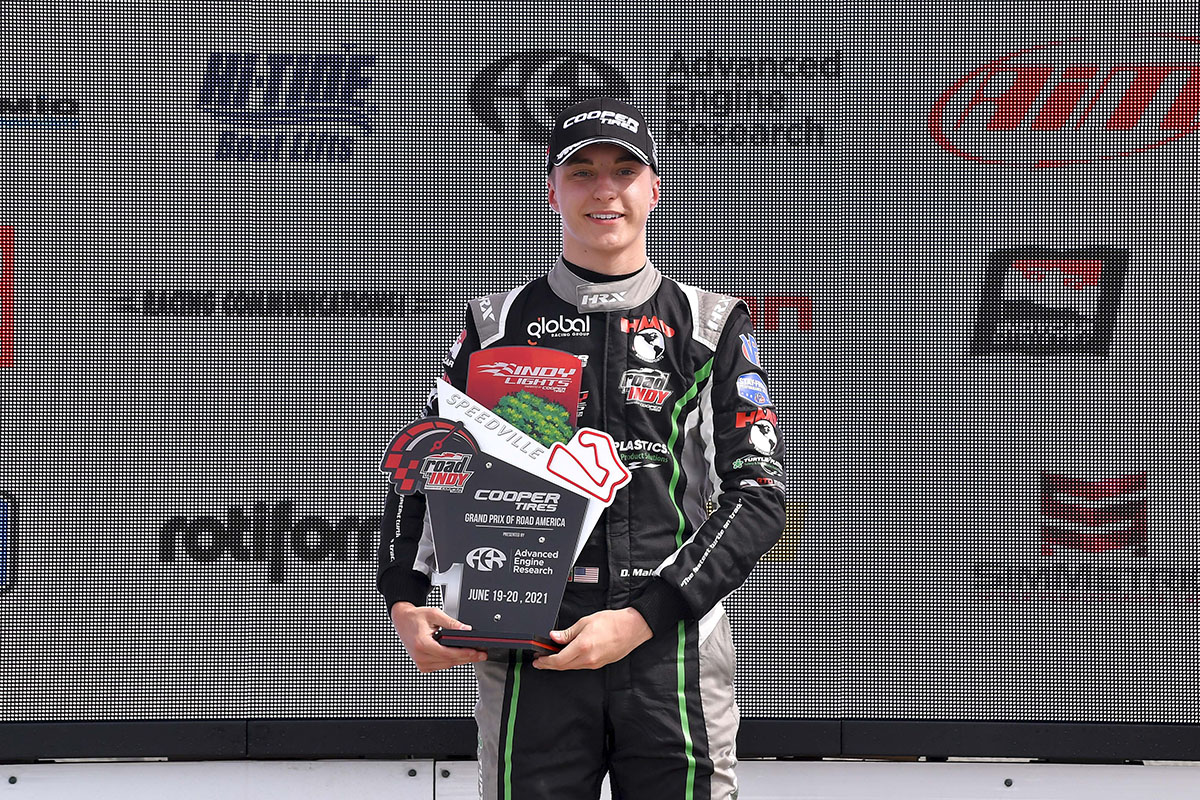 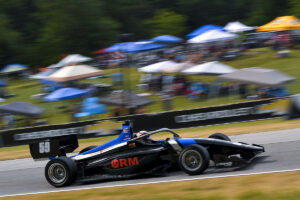 After taking one prep day at the shop to turn the cars around after the Detroit Grand Prix, HMD Motorsports loaded into Road America this past Wednesday to get the second leg of their back-to-back weekends underway. Competing at one of North America’s best motorsports facilities, the team left with a win on behalf of David Malukas as well as a second-place podium result with Benjamin Pedersen under the Global Racing Group with HMD Motorsports program.

With an additional series test day on Thursday, before the official weekend began, the Road to Indy Presented by Cooper Tires drivers were given plenty of prep time on the 4.014-mile, 14-turn road course of Road America. With two hour-long sessions, HMD Motorsports driver David Malukas finished second in both sessions, while Nikita Lastochkin paced inside the top-ten as he prepared for the weekend.

In the opening official practice session, the HMD Motorsports duo struggled, with both drivers finishing in the back half of the field as they worked on long run setups with older Cooper Tires. Staying mid to back of the pack in the first half of the first qualifying session, Malukas and Lastochkin went out for a second time with a fresh set of tires and moved forward. Giving it everything he had, Malukas put down a second-position qualifying time and Lastochkin finished eleventh. In a repeat of Qualifying 1, Malukas and Lastochkin finished in the same positions for Qualifying 2 and Sunday’s race.

Starting on the outside of the front row, Malukas was going head-to-head with the polesitter for the lead when they made contact in the first turn and were sent off the racing circuit. Able to restart, Malukas quickly worked his way around the track and began to catch the rear of the field. Once he was back with the group, Malukas’ pace was nearly a full second faster than the rest of the Indy Lights drivers on track. Malukas was able to start progressing forward and began to work his way towards the front. Unfortunately, the damage he sustained at the start of the race began to catch up with him and he started to lose momentum. After a rocky start, Malukas was still able to remain in the race for a seventh-place finish – earning him valuable championship points. About mid-way through the race, Lastockin went slightly off the racing line and his tires picked up a lot of debris causing him to lose pace. Concerned of a potential puncture and after coming in for a fresh set of tires, Lastochkin went back out, but with cold tires, he slid off the track and made contact with the wall. Lastochkin finished the race in twelfth. Global Racing Group with HMD Motorsports driver Benjamin Pedersen had a solid first race of the weekend and found himself on the second step of the podium while Linus Lundqvist crossed the line in fourth gaining valuable team and championship points for both drivers.

Again, going head-to-head, Malukas and Daniel Frost lined up on the front row for the start of Race 2, but this time Malukas was able to get around Frost heading into turn one and took the lead. Throughout the remainder of the race, while the rest of the field battled for position, Malukas continued to extend his lead. After leading all twenty laps of the race, and finishing over 4.5-seconds ahead of second, Malukas claimed his fourth victory of the season and regained the Championship points lead. Nikita Lastochkin, who made contact late in Race 1 and retired early, came back in Race 2 to finish on the lead lap in eleventh while he decreased his lap time to the leaders. Linus Lundqvist added a solid fifth place result putting two HMD Motorsports drivers in the top-five with Benjamin Pedersen crossing the stripe in seventh.

Leaving Road America, the Indy Lights Presented by Cooper Tires Championship has officially concluded the first half of the 2021 season. With ten races remaining across five event weekends, HMD Motorsports is entering the second half of the season as both the Driver Championship and Team Championship leaders.

Now the crew will head back to the Brownsburg, Indiana shop where they will spend the next week recharging and prepping the cars for the next event – Mid-Ohio Sports Car Course.

HMD Motorsports & David Malukas would also like to extend a special thank you to Turtle Plastics, the National Fallen Firefighters Foundation and Leahy-Wolf Company for their additional support at this past weekend’s event.