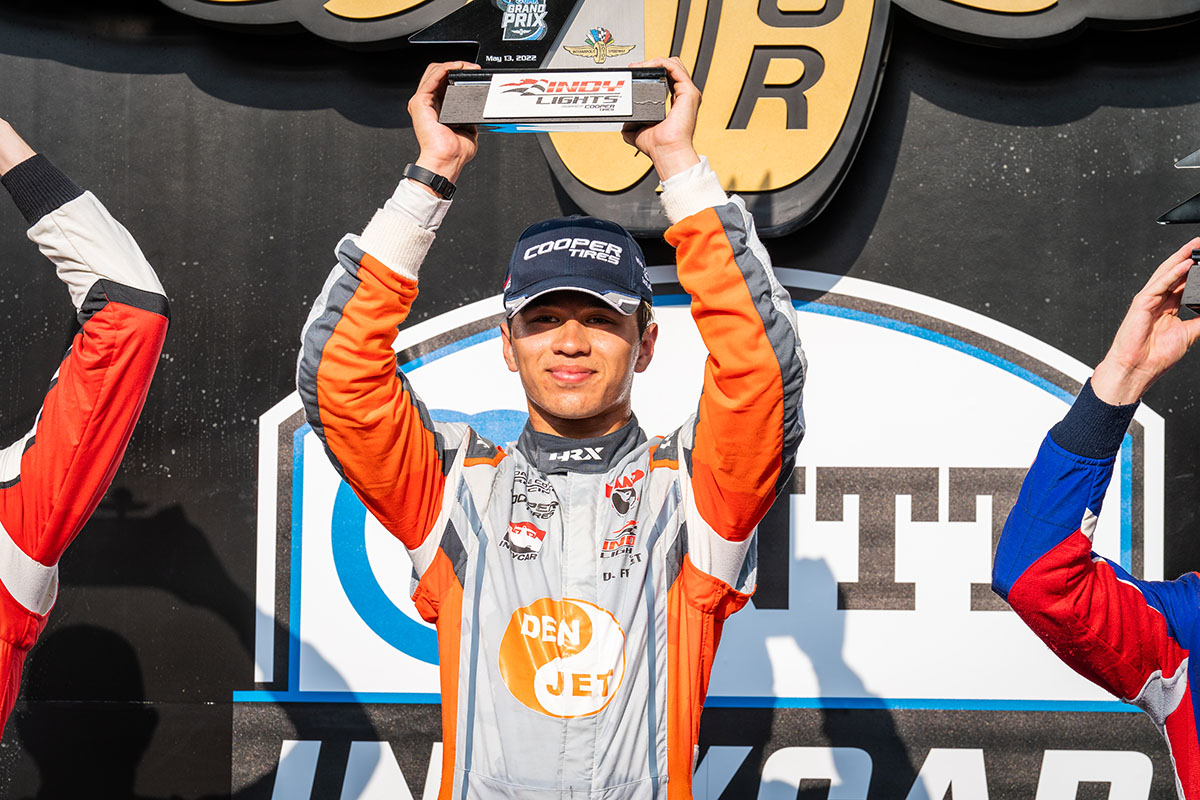 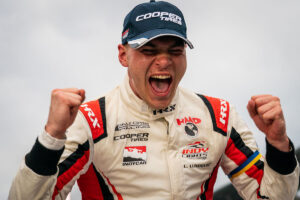 HMD Motorsports drivers were consistent in their lap times and started both races in nearly identical positions. Linus Lundqvist topped the charts, claiming pole position for both races. Danial Frost earned a fourth place starting position for race one and sixth for race two. Behind Frost, Benjamin Pedersen and Antonio Serravalle started both races side-by-side in seventh and eighth. Christian Bogle began both races just outside the top-ten in eleventh. 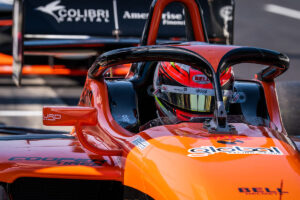 he weekend continued with race one on Friday evening. Heading into turn one, HMD Motorsports drivers put their talent on display with strong starts from all five drivers. While Linus Lundqvist maintained his lead, Danial Frost put up a strong battle to maintain his fourth-place position while Benjamin Pedersen moved up two positions into fifth. A few laps later, in a battle for the lead, Lundqvist and a fellow competitor made contact and dropped to the rear of the field after both drivers entered the pits briefly. Frost and Pedersen moved up into second and third for the restart on lap eight.  One lap later, Frost was able to make a move while setting up for turn one and took the lead. After a battle to maintain, Frost was eventually able to pull away with the lead from the rest of the field. A few laps later, while in a battle for third, another incident from the round one winner collected an HMD driver as he locked up and made contact with Benjamin Pedersen – sending both drivers to the back of the pack allowing Antonio Serravalle and Christian Bogle to move up into fourth and fifth respectively. 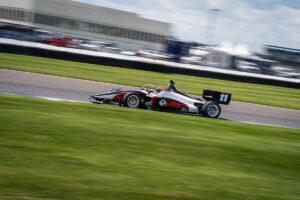 In the second half of the race, Linus Lundqvist steadily worked his way back up through the field, eventually moving into the fifth position by the end of the race. While Lundqvist and Pedersen both experienced hardship during the race, Frost, Serravalle and Bogle excelled. After finishing on the podium multiple times in the past two seasons, Danial Frost claimed his first career Indy Lights win. In his first weekend with the team, Antonio Serravalle matched his career-best result of sixth and Christian Bogle matched his best result of seventh.

The next day, with weather looming in the forecast, the start of the second Indy Lights race was moved up thirty minutes in an effort to complete the race. Again starting from pole, Linus Lundqvist held his position at the start while the rest of the field scrambled behind him. Going four-wide into the first turn, Danial Frost was able to move up into fifth. Over the next twelve laps, the field remained relatively unchanged with a couple of positions gained and lost towards the back of the field. On lap thirteen, with clear skies ahead, the race was red flagged due to lightning quickly moving into the area. With more than twenty laps remaining, the Indy Lights race was set to resume after the NTT INDYCAR SERIES GMR Grand Prix.

Nearly six hours later, the Indy Lights field headed out to finish their second race of the weekend. On a wet track, chaos ensued. While Lundqvist maintained his lead, Danial Frost and a fellow competitor made contact going into turn one. While Frost damaged his front wing, he was able to continue for the remainder of the race. At the same time, Christian Bogle spun on the slick track and a full course yellow came out while Bogle’s car was pulled from the gravel and restarted. At the restart, Lundqvist continued to lead with Frost in third and Pedersen in fifth. A few laps later, another caution was called for two separate on-track incidents and Pedersen moved up to fourth. Back to green, Pedersen moved into podium contention and began to battle for second while Frost began to struggle due to his early race nose damage. At the end of the thirty-five lap race, Lundqvist walked away with his second win at Indianapolis and second win this season. 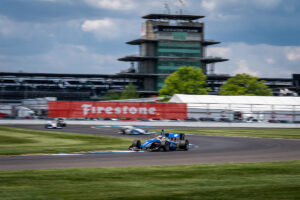 In the NTT INDCYAR SERIES, David Malukas in the Dale Coyne Racing with HMD Motorsports entry struggled to find pace through the weekend. After qualifying 24th, Malukas kept his head down and was able to avoid trouble in the caution-filled race. Continuing to work his way through the field, Malukas finished the race in twelfth – his best finish on a road and street course to date.

With yet another strong weekend in the books, HMD Motorsports with Dale Coyne Racing left Indianapolis Motor Speedway with two wins for the second year in a row.

The next Indy Lights race weekend will take place in Belle Isle, Detroit, Michigan in three weeks. In the meantime, David Malukas and Dale Coyne Racing will make their Indianapolis 500 debut over the course of the next two weeks.