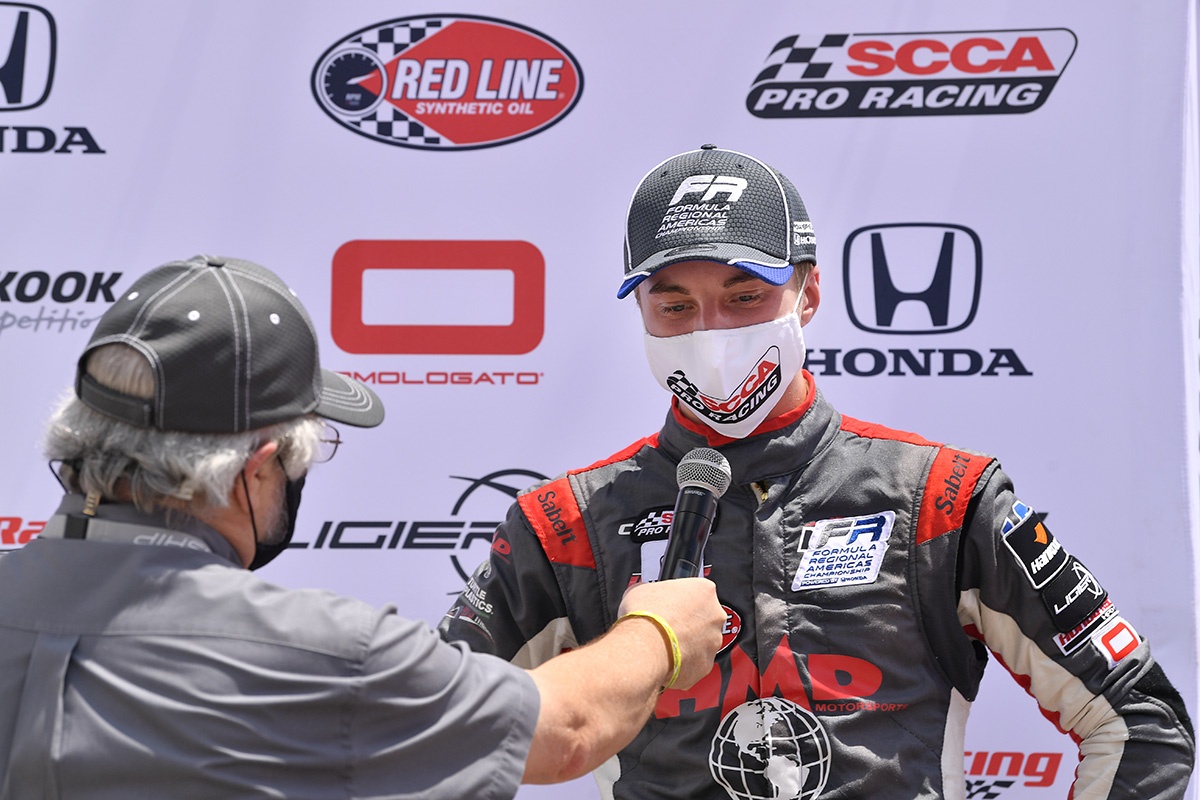 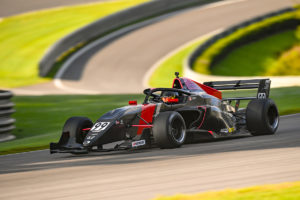 Unlike the rounds at VIRginia International Raceway just two weeks ago, the FR Americas Championship saw clean racing with only one yellow flag over the course of the three races, creating ample opportunity for both drivers to push themselves and their cars under green flag conditions.

Returning with the team, David Malukas had another podium sweep. In race one (round six), Malukas qualified in the fourth position. Over the course of the race, he was able to pass Joshua Car and finished on the third step of the podium and with the second fastest lap in race one, Malukas would start second in race two (round seven). With Nicky Hays closely on his tail, Malukas was ultimately passed and fell into the third position. After a close battle for second, and again posting the second fastest lap of the race, he was unable to make the pass and finished in third. In the third (round eight) and final race of the weekend, Malukas and polesitter Linus Lundqvist quickly began to pull away from the field. By the time the race reached the halfway point, Malukas had pulled away from the third-place competitor opening a twenty-second gap. Still sitting closely in second and matching each other’s lap times lap-for-lap, Malukas was unable to pass Lundqvist and finished comfortably in second, over 32 seconds ahead of the remainder of the field. 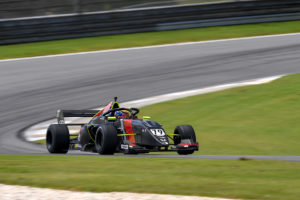 New to the team, Logan Cusson settled in with HMD Motorsports. Working with a teammate for the first time, Cusson was able to work with Malukas and both team engineers, Tim Neff and Yancy Diotalevi. Growing and learning throughout the weekend, Cusson began to settle in with his new car and team during the third race. With under fifteen minutes remaining in race three, Cusson had set the fourth fastest time of the race. For the remainder of the race, Cusson closely trailed Dario Cangialosi, but was unable to make a pass and finished twelfth. Finishing with the eighth fastest lap and scoring a lap time faster than the third-place finisher, a lot of positives were taken from the Barber event. With multiple test days planned with his new program, Cusson showed huge improvement from the first on track session with the team to the final checkered flag.

FR Americas will now enter into a short break with the next race weekend being over seven weeks away. With plenty of time off, HMD Motorsports will be using this time to partake in multiple tests in preparation for the second half of the FR Americas season. The team is also extending the opportunity for other drivers to participate in upcoming tests with HMD Motorsports. 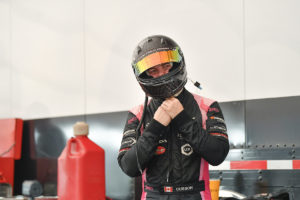 HMD Motorsports also has the opportunity for another driver to join the team at the next race and for the remainder of the season. For more information on joining HMD Motorsports contact us at [email protected]